RITES Ltd is a multi-disciplinary consultancy organisation in the fields of transport, infrastructure and related technologies under Indian Railways. 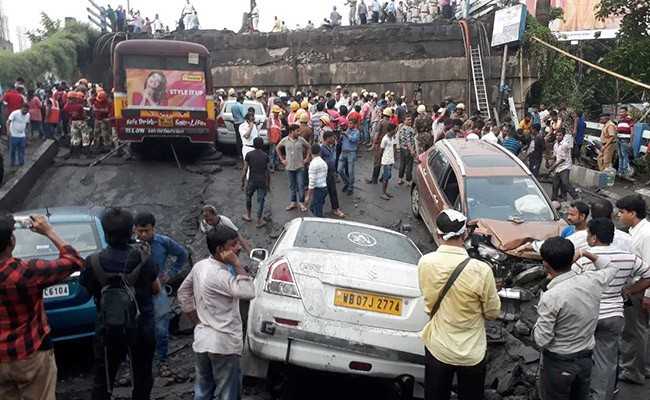 A portion of a 40-year-old bridge collapsed on Tuesday killing one and injuring 19 others. (Reuters)

The Eastern Railway has asked the state-run RITES Ltd to probe the collapse of the Majherhat bridge in Kolkata and examine the safety of railway operations in wake of it, an official said on Wednesday.

"Our chief bridge engineer along with RITES team will be visiting the spot and it is a fact-finding team. The collapsed bridge was not under the Eastern Railway, but it was a railway over-bridge. That is why concerns are there," an Eastern Railway spokesperson said over the phone.

RITES Ltd, under the aegis of Indian Railways, is a multi-disciplinary consultancy organisation in the fields of transport, infrastructure and related technologies.

"They will investigate the possible reasons that caused the collapse and also examine the safety of railway operations under the bridge," the official said.

A portion of a 40-year-old bridge collapsed in South Kolkata on Tuesday afternoon, crushing a man to death and leaving 19 injured and several vehicles damaged.