Arsalan Parwez, the 21-year-old younger sibling, allegedly tried to mislead the police to save his brother by claiming that he was driving and surrendered before the police. 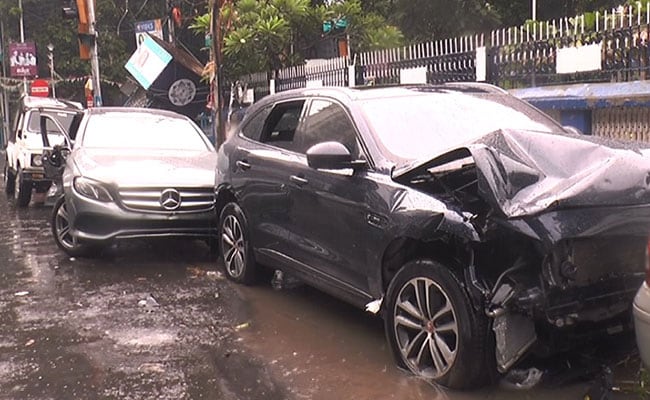 Four days after a speeding Jaguar hit a Mercedes in Kolkata, killing two Bangladeshi nationals, a stunning twist has emerged in the case. It turns out that the man who was arrested was not the one allegedly behind the wheels of the Jaguar, but his elder brother.

The brothers belong to a well-known Kolkata family that runs the popular biryani chain Arsalan.

Arsalan Parwez, the 21-year-old younger sibling, allegedly tried to mislead the police to save his brother by claiming that he was driving and surrendered before the police.

The police said that Raghib Parwez, 25, flew out to Dubai hours after the crash. After checking various CCTV footage and questioning the family members, his involvement was confirmed.

"After thorough investigation, it was confirmed that Raghib, Arsalan's elder brother, was driving the car. He has been arrested on Wednseday noon near Beniapukur," senior police officer Murlidhar Sharma said. He was picked up when he returned to Kolkata on Wednesday and went to a nursing home.

Now, both the brothers and one of their uncles who apparently masterminded the switch are under arrest.

The crash took place on Saturday at 1.50 am near Kolkata's famous Park Street. The accused, who was allegedly speeding down Shakespeare Sarani also known as Theatre Road, crashed into a Mercedes Benz car at a crossing. The Jaguar was being driven at about 110 km per hour. Both the luxury vehicles spun out of control and the Jaguar rammed the people standing nearby.

CCTV footage as well as eyewitness and police accounts suggest that the Mercedes, which took the full impact of the hit, rolled over twice and crashed against a traffic police kiosk.

What did not add up for the police is that Arsalan Parvez who surrendered before them had no injuries. "If the air bag opens, the driver gets an impact on his body/face which is known as silicon bite or air bag scrap. Medical examination of Arsalan showed no such trace which prompted officers to find out if the car was being driven by someone else," Mr Sharma said.

CCTV footage after the accident also showed that it was Raghib Parwez and not his younger brother who escaped from the site.