The tightening of restrictions happened on a day when the number of coronavirus cases climbed by 22 to a total of 162 in West Bengal. The state has recorded 10 deaths linked to the highly contagious illness so far. 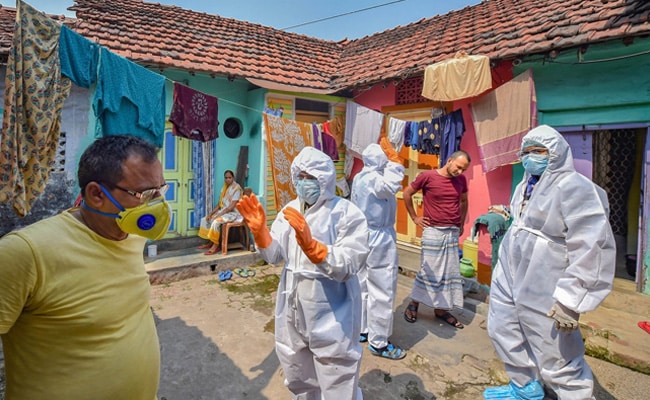 Coronavirus Cases, West Bengal: The state has reported over 160 cases so far.

Dozens of localities across Kolkata were barricaded and sealed by the city policy on Friday, a day after the central government identified the capital of West Bengal as a coronavirus or COVID-19 hotspot. The tightening of restrictions happened on a day when the number of coronavirus cases climbed by 22 to a total of 162 in the state, which has recorded 10 deaths linked to the highly contagious illness so far.

A policeman from Garden Reach - a neighbourhood in the state capital - and a cancer patient from the Thakurpukur Hospital in the south-western part of the city reportedly tested positive.

On Thursday, Belgachia in the northern part of the city was barricaded along with a few other places. Yesterday, police went around barricading lanes across the Kolkata Municipal Corporation area and beyond.

One of the largest streets sealed off was the arterial Narkeldanga main road from Narkeldanga to Rajabazar junction in central Kolkata. The policemen were also seen fencing off Beniapukur, Paddapukur and Mudiali areas in the south.

In north Kolkata, the Nagerbazar area in the South Dumdum Municipality has been barricaded completely.

All shops in these areas have been closed down.

Residents have been told by the policemen that all essentials would be supplied to them by the state government. Locals won't be allowed to step out unless absolutely necessary, outsiders are not allowed to enter these localities.

Wholesale fish markets also been shut down for now. Patipukur fish market was shut by fish stall owners who felt the market was getting crowded; they were not sure if they could meet the requirements of social distancing to contain the spread of the illness, which has been spreading fast across the world.

Police checkpoints have sprung in major and minor road crossings, including Park Circus, Road and Ultadanga, one of the most crowded junctions in the city.

The adjoining town of Howrah is also under police scanner. The district has also been identified as a hotspot by the centre.

Chief Minister Mamata Banerjee has described the situation in Howrah as "very sensitive" and called for the administration to focus on getting the district out of the red zone to orange zone in two weeks.