Biryani Chain Owner Among 14 Arrested For Gambling In Kolkata

The owner of the biryani chain and six others were arrested during a raid at a club on Kolkata's Camac Street. 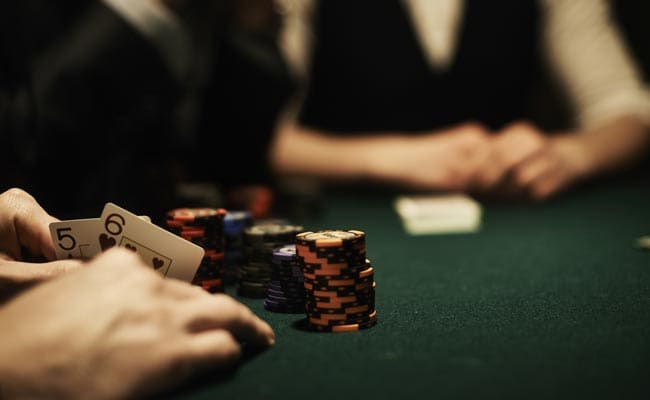 The arrests were made after police conducted raids at poker clubs. (Representational)

The owner of a biryani chain was among 14 people arrested during raids at poker clubs in Kolkata, a senior police officer said on Sunday.

"14 people were arrested from two poker clubs during the raids. Poker dice and playing cards were seized," he said.

The owner of the biryani chain and six others were arrested during a raid at a club on Camac Street, the officer said, adding that board money amounting to Rs 94,300 was seized.

During the second raid at another club on AJC Bose Road, seven people were arrested and Rs 90,000, poker dice and playing cards were seized, he said.

Around 400 poker chips, a digital video recorder with a router and 12 packs of playing cards and documents showing transaction details of the accused with the gambling dens have been seized, the officer said.

Kolkata Cops Sing ''We Shall Overcome'' To Cheer People Amid Lockdown