"Will Fight, No Matter What": 4 Kerala Nuns Defy Church To Join Protest

The nuns had earlier claimed the police officers were trying to delay the probe into the case. (File)

As four nuns joined protests in Kerala near the High Court on Tuesday, their smile conveyed their grit in the face of public condemnation from their own congregation for standing up for a colleague who has accused a Roman Catholic Bishop of raping her.

"We know these are just many ways of mentally weakening us. The congregation making these allegations, an MLA (lawmaker) shaming us, are all attempts to ensure we give up on our fight for justice. That won't happen", one of the protesting nuns told NDTV.

In a letter to Giambattista Diquattro, Vatican's Apostolic Nuncio (a diplomatic mission), the nun alleged that by continuing as Jalandhar diocese Bishop, Franco Mulakkal and his close associates "are using the wealth of the diocese to divert" the course of the police investigation. 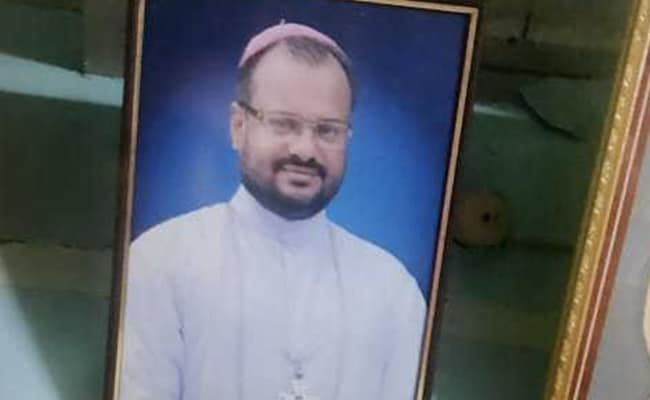 A nun has alleged that Bishop Franco Mullackal sexually abused her 13 times between 2014 and 2016. (File)

In a new statement, the Missionaries of Jesus Congregation that the nun belongs to claimed that she was in a physical relationship with another woman's husband.

Reacting to this statement, one of the protesting nuns broke down. "These allegations have been proved wrong in the past. Why are they doing this to us? We are nuns. We don't deserve to be on the street protesting. We stand by the sister and no matter what, no matter how hard it gets, we will not withdraw this case," she wept.

The nun, in her late 40s, has alleged that she was sexually abused by Bishop Franco Mullackal 13 times between 2014 and 2016.

The allegation has been denied by the Bishop, who claims he has been targeted for taking disciplinary action against them.

"We have written to various priests within the church and even to the Pope. If we had got justice within the church, we would not have had to look out," said one of the protesting nuns, who live in the same hostel as the nun.

"We are satisfied with the investigating officer. But are worried about the case being possibly derailed by senior police officials and the state government", said another nun.

Senior state police sources told NDTV, "The probe is going the right way. We will submit evidence in a sealed envelope to the high court on Thursday and even the Bishop's advocate won't be given access to it. We need two weeks more for evidence, since there are discrepancies between the Bishop's statement and the nun's."