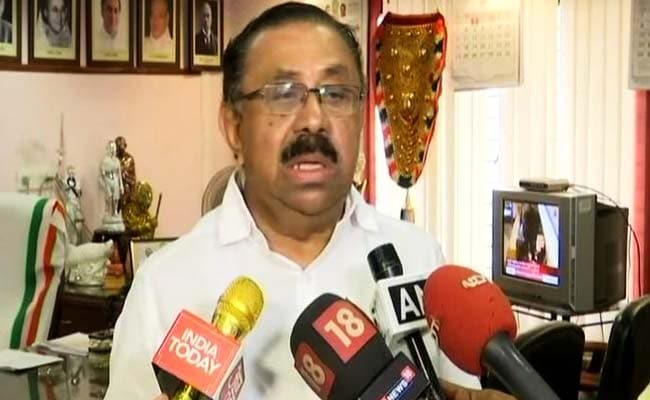 People can express their opinion in the parliamentary party or talk to Congress president: MM Hassan

Kerala: Faced with a barrage of criticism from within for giving up a Rajya Sabha seat for its ally, the Kerala unit of the Congress met on Tuesday and decided that crucial decisions will be taken in future by holding "proper" consultations.

The decision, seen as an attempt by the Congress to win as many allies as it can ahead of next year's general election, means Rajya Sabha deputy chairman PJ Kurien will not get another term.

"Proper consultations and discussions were not done, that was the main criticism. We have given the assurance that in future we will take all leaders into confidence and proper consultations will be held", said state Congress chief MM Hassan, refusing to admit that it was a mistake to not seek consensus before deciding to "gift" the seat to the Kerala Congress (Mani).

Several party leaders have openly voiced their displeasure over the party's decision, a rare thing for the Congress in Kerala. And voices of discord have reached the party's central leadership.

"Rahul Gandhi is very unhappy that the rank and file is perturbed over the issue of Rajya Sabha seat being given to an ally this time and that the state leadership could not fathom this existing problem. The sentiments of the rank and file have not been taken into account. Rahul Gandhi  is worried that he entrusted the leadership with a task and they could not fulfill it with proper caution and care", former parliamentarian PC Chacko told NDTV.

Promoted
Listen to the latest songs, only on JioSaavn.com
At the meeting, several leaders said they had got calls from party workers who were deeply upset with the decision to forego the seat. Former Kerala Congress chief VM Sudheeran raised huge objections. Mr Kurien too has criticized the party's state leadership.

"People can express their opinion in the parliamentary party or communicate directly with the Congress president. Senior leaders like PJ Kurien criticizing the decision in the media is not good", said Mr Hassan.