"Knew Life Would Be In Danger, But...": Women Who Prayed At Sabarimala

Bindu Ammini and Kanaka Durga defied an ancient ban on entering the Sabarimala temple in Kerala on Wednesday, sparking protests and calls for a strike by Hindu groups outraged by their visit.

Bindu Ammini (left) and Kanaka Durga prayed at the Sabarimala Temple this week.

Bindu Ammini and Kanaka Durga, the two women in their 40s who made history by offering prayers at Kerala's Sabarimala temple this week despite threats from right-wing groups, have told NDTV that even though their move may have endangered their lives, it was their constitutional right. "I knew my life will be in danger but I still wanted to go into the temple. We are proud that we have made it easier for women who want to go to Sabarimala now," Kanaka Durga said.

"We went into the temple because it's our constitutional right," Bindu said. "It's about devotion but it's also about gender equality," Kanaka added. Their families were against them visiting the temple, they said.

Bindu and Kanaka defied an ancient ban on entering the Sabarimala temple in Kerala on Wednesday, sparking protests and calls for a strike by conservative Hindu groups outraged by their visit.

The Supreme Court in September ordered the lifting of the ban on women or girls of menstruating age from entering the temple, which draws millions of worshippers a year. 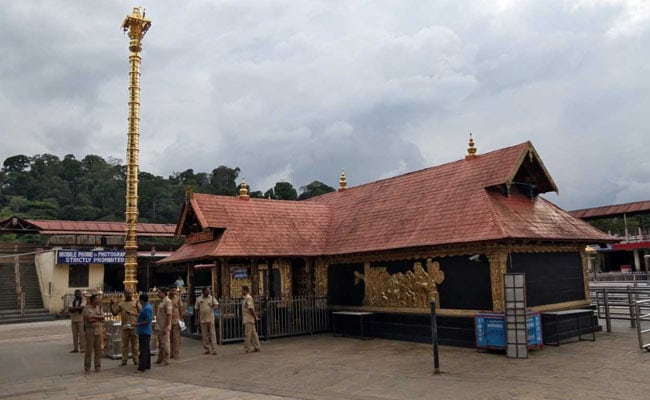 The shrine of Lord Ayyappan at Sabarimala in Kerala has long banned the entry of women of menstruating age.

But the temple refused to abide by the ruling and subsequent attempts by women to visit it had been blocked by thousands of devotees.

"It's a very small section of people who are protesting in Kerala and are violent. A lot of people have supported us and respected us. It's parties who are trying to play politics," Bindu said.

Responding to allegations from right-wing groups that the communist government in the state had "conspired" to facilitate their visit, Bindu said, "The Chief Minister or the state government never contacted us directly."

"But we got support from them like any woman would have once she reached the basecamp," she added. 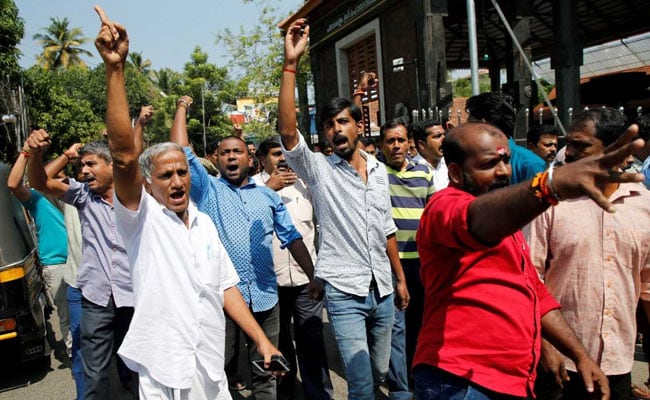 Violent protests by right-wing groups erupted across Kerala after two women prayed at the Sabarimala temple.

On Wednesday, before daybreak, the two women arrived at the basecamp for the temple in a fuel tanker, lying down by the side of the driver, sources said. They were escorted by plainclothes police and went in through a side gate without any devotees noticing.

Currently, given the threat to their lives, they are being kept under protection of the state police and groups they described as "progressive people seeking to uphold constitutional values".

The hill temple, which pays homage to the celibate god Ayyappan and draws millions of worshippers a year, is one of a few in India that bar entry to girls and women between the ages of 10 and 50, saying that menstruating women are impure.

After their visit, the head priest of the temple closed it down and performed "purification" rituals - a move that was an "insult" to women, Bindu said.

In Kerala Student's Dowry Death, Husband Gets 10 Years In Jail