Kerala RSS Worker, Out On Bail In Murder Case, Stabbed To Death

RSS worker P Anand, who was killed today, was one of two accused in the killing of a CPI(M) worker three years ago and was out on bail.

Thrissur: A 23-year-old Rashtriya Swayamsevak Sangh activist, an accused in the murder of a Left worker in Kerala, was stabbed to death by unidentified men in the state's Thrissur district, police said today. P Anand was attacked with sharp weapons by the men who first hit his motorcycle with their car causing him to crash, police said. He was taken to a hospital where he died from his injuries.

Mr Anand, a member of BJP's ideological mentor Rashtriya Swayamsevak Sangh or RSS, was one of two accused in the killing of a Communist Party of India (Marxist) worker, Kasim, three years ago. He was out on bail, police said.

Police said they were trying to identify the assailants. "Right now cannot we give out any details or confirm about the political angle to the killing. However, we have got strong cues based on which investigation is underway," a senior police officer in Thrissur told NDTV. 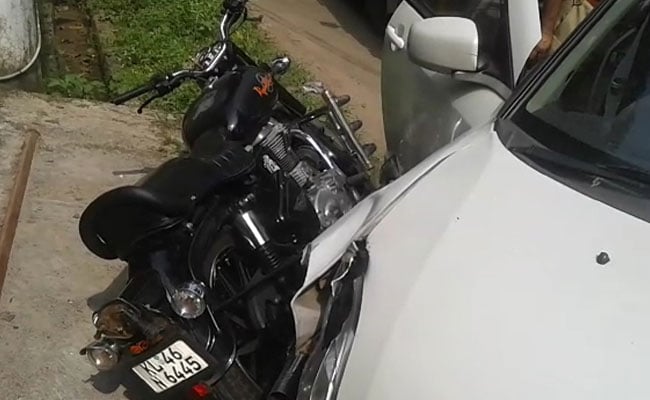 The attackers hit the RSS worker's motorcycle was with their car and then attacked him with sharp weapons.

BJP chief Amit Shah tweeted, "I condemn the brutal killing of a young RSS Swayamsevak K Anand in Guruvayur,Kerala. The continuous violence by CPM workers & the protection to such political killings is now before the nation. CM Pinarayi must explain what his govt is doing to curb criminal elements in his rank."

Promoted
Listen to the latest songs, only on JioSaavn.com
The BJP has alleged that since 2001, nearly 120 of its workers have been killed across Kerala by Left cadres - 14 of them, the party claims, in Kannur since the Left Democratic Front government came to power in May last year. The Left also blames the BJP and the RSS of a series of political murders and violent attacks on its supporters.

Kerala has a long history of political violence. Police records of political murders between 2000 and 2017 impugn both the left and right-wing fronts. In the last 17 years, 85 CPM workers, 65 RSS or BJP workers, 11 workers of Congress and IUML each have been killed - mostly by their political rivals including CPM and RSS or BJP.
Comments
RSS workerKerala