Row Over CPM Leader's Remark On Purdah In Polling Booths 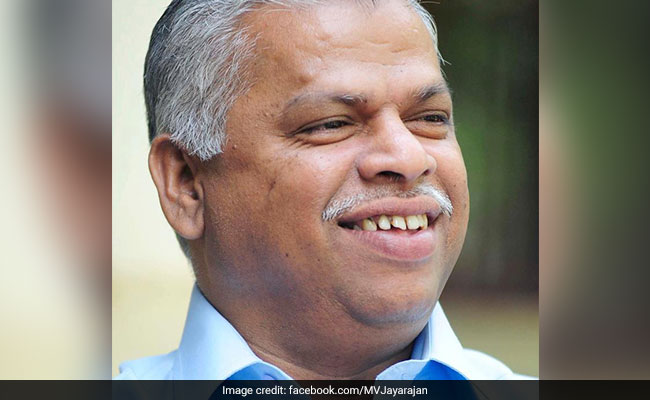 M V Jayarajan said those who come to vote have to remove face veil the moment they stand in the queue.

Communist Party of India (Marxist) leader M V Jayarajan kicked up a controversy in Kerala saying purdah-clad women should remove their veil in polling booths, drawing sharp reaction from Congress which on Saturday termed the demand as unjustified.

Mr Jayarajan, the Kannur district secretary of the Marxist party, made the remark on Friday while campaigning at Pilathara in Kannur parliamentary constituency, where re-polling is being held in a booth Sunday in the backdrop of allegations of bogus voting during the April 23 Lok Sabha elections.

He has said those who come to vote have to remove face veil the moment they stand in the queue. "This is to enable CCTV cameras and web cameras capture the voter''s face," Mr Jayarajan had said.

Opposition Congress condemned the remark and said none can interfere in the rights of an individual.

"The remarks made by the Left leaders are to be condemned. It's one's freedom to chose which dress to wear. No one can interfere in their rights. The CPI(M) leaders have lost their minds with defeat staring in their face in the polls," senior Congress leader Ramesh Chennithala said.

Mr Chennithala, the Leader of the Opposition in the state assembly, demanded that ,Mr Jayarajan withdraw the statement and apologise to the people of the state.

Meanwhile, state Chief Electoral Officer Teeka Ram Meena told reporters in the state capital that those who cover their face will have to reveal themselves before the concerned officer.

"To identify those wearing Purdah, the returning officer can appoint a woman officer for examining them. Its mandatory to identify whether a voter is genuine or not," Teeka Ram Meena said.

The Election Commission has ordered re-polling Sunday in seven booths in the state where bogus votes were allegedly cast during the elections to 20 Lok Sabha seats in the state.