Pinarayi Vijayan has requested the Foreign Ministry to communicate with Saudi Arabia to ensure proper treatment and protection for the Coronavirus patients. 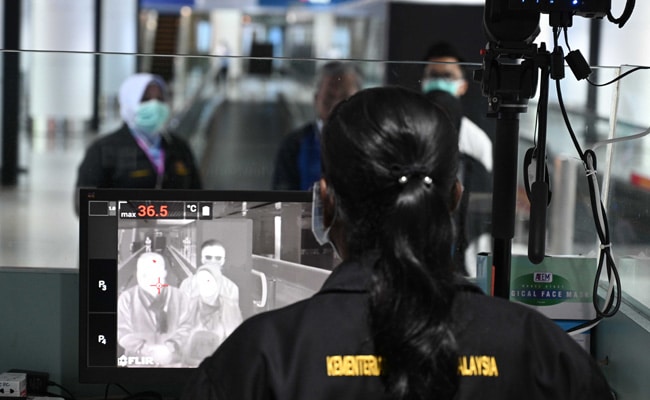 Kerala Chief Minister Pinarayi Vijayan has written to Foreign Minister S Jaishankar after reports emerged of Indian nurses in Saudi Arabia suspected to be affected by a deadly strain of the Coronavirus that originated in China and has killed 17 people and infected at least 570, most of them in the central Chinese city of Wuhan.

The chief minister has also requested the Foreign Ministry to communicate with Saudi Arabia to ensure proper treatment and protection for the patients.

The Kerala government has not yet officially confirmed the numbers of Coronavirus affected or suspected to be affected patients and sources at Chief Minister's Office have said that the state is closely monitoring the situation and working around it.

Airlines and airports are on guard against the virus that, according to primary studies, is believed to have originated in bats. While no cases have been detected in India, over 9,000 passengers from 43 flights were screened for the infection till Tuesday at seven airports including Delhi, Mumbai, Chennai and Kolkata, the Union Health Ministry said. In Kerala, all cases have been negative till now.

An alert has been sounded at all airports to screen passengers especially from Middle East and South Korea, for Middle East Coronavirus (MERS-Cov), a kind of deadly respiratory disease.

Airports throughout the country have been asked to report any passengers who are self-reporting at immigration counters with symptoms of fever and respiratory distress.

The coronavirus has been named "2019-nCoV". Coronavirus is a family of viruses that can cause illnesses ranging from the common cold to Severe Acute Respiratory Syndrome (SARS), which killed 349 people in mainland China and another 299 in Hong Kong between 2002 and 2003.

Those infected could experience flu-like symptoms, including fever, a cough, shortness of breath, a sore throat or runny nose.