After arresting him, the Kerala Police also trolled the man for his alleged remarks with a video on social media where his photos have been interspersed with songs, dialogues from a popular Malyalam movie. 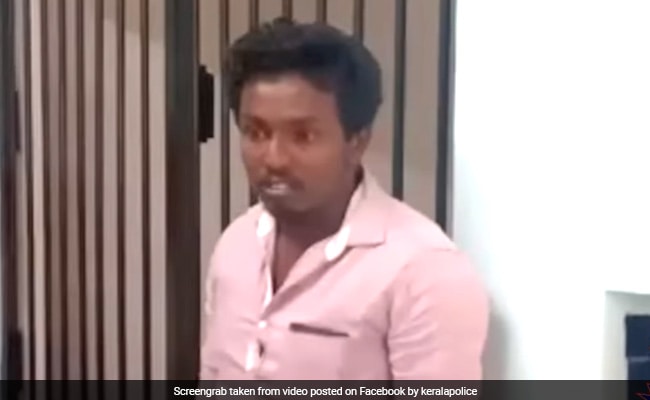 Sreejith Raveendran identifies himself as a member of right-wing Bajrang Dal.

A 24-year-old man in Kerala, accused of making hate remarks against anti-citizenship law protesters in Delhi where violence in several parts has killed at least 34 people this week, has been arrested and trolled by the state police on social media with a parody video.

Sreejith Raveendran, who identifies himself as a member of right-wing Bajrang Dal, has been accused of uploading a clip where he is heard making hate remarks, threatening people of a community protesting the Citizenship (Amendment) Act or CAA.

After arresting him, the Kerala Police also trolled the man for his alleged remarks with a parody video on social media where his photos have been interspersed with songs, dialogues from a popular Malyalam movie.

The motive to upload the clip was to deter people for making such comments, according to officials.

At least 34 people have died in parts of northwest Delhi where clashes broke out over controversial citizenship law on Sunday, more than 200 have been injured. Five days on, areas hit by violence are still tense.

A furious Delhi High Court on Wednesday urged police to file First Information Reports (FIRs) against those making hateful and inflammatory speeches. The court's observation came after speeches made by four BJP leaders, including Union Minister Anurag Thakur and local leader Kapil Mishra (whose rally in northeast Delhi on Sunday afternoon has been accused of inciting violence), were played in open court.

Prime Minister Narendra Modi on Wednesday made his first public statement, calling for "peace and brotherhood".

Massive protests have swept the country against the contentious law that cleared parliament in December. While government says it will grant citizenship to persecuted minorities from three Muslim-majority neighbouring countries - Pakistan, Afghanistan and Bangladesh, critics have called it "anti-Muslim".