The development capped weeks-long infighting in the party between supporters of Jose Mani and working chairman PJ Joseph following the death of KM Mani in April this year. 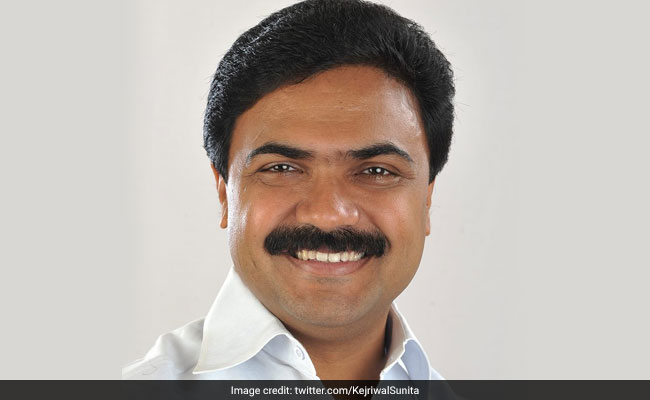 Jose K Mani said in his speech in the presence of mediapersons that the party would function unitedly.

The Kerala Congress (M), a key partner of the Congress-led United Democratic Front in Kerala, suffered a split on Sunday with a faction in the party electing Rajya Sabha MP Jose K Mani, son of its founder late KM Mani, as the Chairman.

The development capped weeks-long infighting in the party between supporters of Jose Mani and working chairman PJ Joseph following the death of KM Mani in April this year.

Jose K Mani was elected as the chairman of the party by the leaders supporting him at a meeting of the State Committee members in Kottaya convened by him.

Hours ahead of the meeting, the faction led by Mr Joseph declared it as invalid and said it was against the party Constitution.

After the meeting, "presiding officer" KZ Kunjeriya announced to the party workers that Jose K Mani has been "elected unanimously" as chairman.

Out of 437 state committee members of the party, as many as 325 attended the meeting, the faction leaders claimed.

The Kerala Congress which has a history of splits since its inception in 1964, has a strong base in the central Travancore belt, especially among Christians.

Expressing his gratitude to the party leaders for electing him as "chairman", Jose K Mani said "KM Mani sir is with is in our forward journey. I will work hard to follow the path shown by him."

The party would function unitedly, he said in his speech in the presence of mediapersons.

According to leaders of the Joseph faction, there are a total of 437 members in the Kerala Congress (M)s jumbostate committee.

Senior leaders of the party, including former Rajya Sabha MP Joy Abraham, MLAs CF Thomas and Mons Joseph, did not attend the meeting, sources in the Joseph faction claimed.

Out of five MLAs of the Kerala Congress (M), only two -- attended the meeting.

Trouble had been brewing in the party following the death of KM Mani.