BJP Leader, Detained For Fight With Cops On Way To Sabarimala, Gets Bail

While granting the bail, the court said that the BJP leader cannot enter Ranni taluk in Pathanamthitta district for two months. 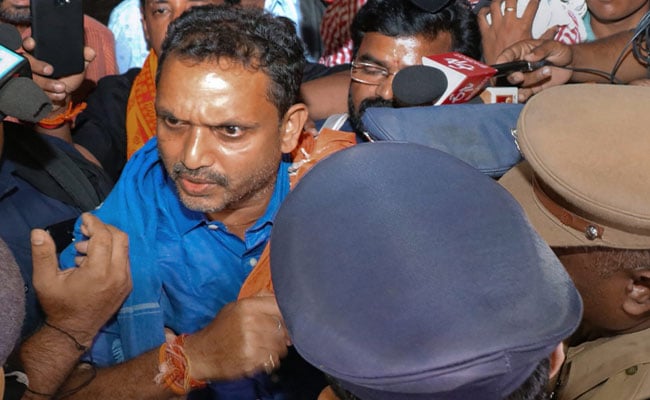 Bharatiya Janata Party (BJP) State General Secretary K Surendran, who was taken into custody for moving towards Sabarimala temple with a group of people, has been granted bail by a Thiruvalla Court on Wednesday.

The BJP leader and others accompanying him were arrested after he got into a scuffle with police at Nilakkal base camp on Saturday (November 17). He was taken into preventive custody for attempting to get through the area which has been put under Section 144.

While granting the bail, the court said that the BJP leader cannot enter Ranni taluk in Pathanamthitta district for two months.

Mr Surendran and his party workers were detained to maintain law and order in the area while they were heading towards the Sabarimala temple.

Kerala has witnessed a string of protests after the Supreme Court quashed restrictions imposed on the entry of women into Sabarimala.

Over 3,505 protesters were arrested and at least 529 cases were filed in connection with the series of incidents inciting violence in the state.