Once placed under "house arrest", Adam Harry is now prepping to join the Rajiv Gandhi Academy for Aviation Technology and fulfil his dream of becoming a commercial pilot. 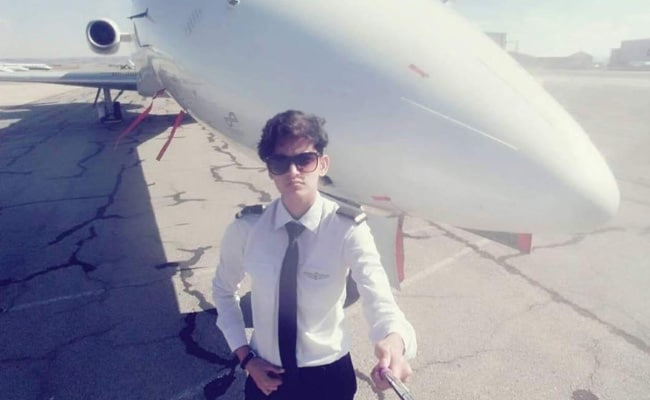 Adam Harry needs another 150 flying hours before he can get his commercial pilot licence.

With 83 flight hours and a flying licence from Johannesburg in South Africa under his belt, 20-year-old Adam Harry wanted to train to become a commercial pilot. But he ended up being grounded at his home in Kerala for an entire year instead, and all because he had decided to come out with the truth about his gender identity.

"While I was training in Johannesburg itself, I changed my gender on social media accounts to trans-man. It didn't go down well with my family, with a lot of social pressure mounting on them. As soon as I finished my training, they asked me to return home. There they kept me under house arrest, abused me physically and mentally, and took me to psychiatrists who prescribed wrong treatments for me," he told NDTV.

Adam Harry recounted how he escaped from home in 2018 with nothing except his documents. He found work in a juice shop at an aviation academy in Kochi where, according to him, people again began taking him for granted because of his gender.

It was around this time that an official from the Child Welfare Committee asked him to meet Biju Prabhakar, the Secretary for Social Justice. Within four months, Adam Harry got a scholarship of Rs 23 lakh from the state government.

"I am thankful for this scholarship. But in spite of the financial aid, getting admitted to a flying school was a challenge. Institutes kept refusing me, saying that it will be very complicated to get papers cleared for the licence with my gender specified as trans-man. It was at this point that Biju Prabhakar sir stepped in again and wrote to the academies on my behalf. And finally, I am going to start training in Rajiv Gandhi Academy for Aviation Technology next week," a smiling Adam Harry said.

Anil Chilla, member of the State Transgender Justice Board, attributed this to the transgender policies of the state - irrespective of which political party is in power. "In 2015, the United Democratic Front government passed the policy. In 2016, the Left Democratic Front government came to power and has done a lot of work since then. Just last year, transgender persons pursuing education in Arts and Sciences were provided reservations. Scholarships and hostel fees are being provided for by the Social Justice Department. In Adam's case, top government officials and Minister of Health and Social Welfare KK Shailaja stood strongly in support of him," he said.

But even with a transgender-friendly policy in place, sanctioning a whopping Rs 23 lakh for just one individual was difficult. "Earlier, it was only Adam Harry who dreamed of becoming a commercial pilot. Now, the government shares that dream with him. And, I hope that he flies me one day," Biju Prabhakar told NDTV.

Adam Harry needs another 150 flying hours before he can get his commercial pilot licence.