The face-off between the Orthodox and the Jacobite factions worsened, as hundreds of supporters of the latter group camped inside the Piravom Valiyapalli church in rural Ernakulam. 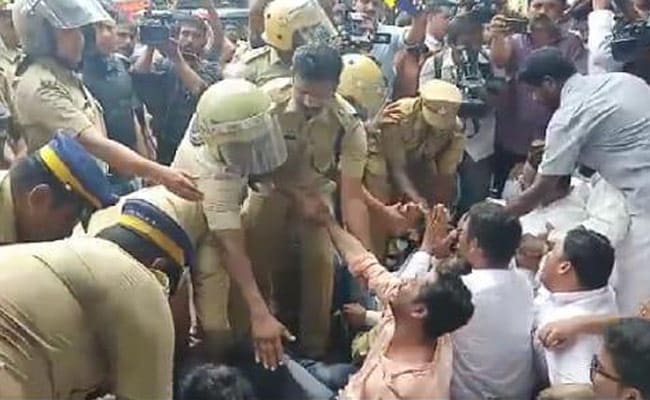 A sixth-century church in Kerala's Ernakulam is at the center of high tension between two Christian factions after top priests and followers of one of the sects refused to vacate the church complex following a 2017 Supreme Court order. Several top priests courted arrest as the police broke open the church gate and took the protesters away.

The face-off between the Orthodox and the Jacobite factions worsened today, as hundreds of supporters of the latter group camped inside the Piravom Valiyapalli church in rural Ernakulam. The police broke the church gate and took away the Jacobite believers.

Several protesting Jacobites threatened that they would jump into the river in front of the church, if they were removed forcefully.

Priests and supporters of the Orthodox faction, meanwhile, sat on protest outside the Piravom church, waiting to enter the premises and take over the building, in accordance to the Supreme Court order.

Amid the protests, the district collector too reached the area and spoke to the priests and the members of both groups. The administration has vacated the church premises and locked the gates, awaiting directions from the Kerala High Court.

The police action comes after the high court today ordered them to arrest and remove supporters of the Jacobite faction who have locked the church gates from inside and are blocking the other faction from entering. The high court had also asked the police to submit a status report by 1:45 pm.

The Orthodox faction reached the church on Wednesday to take its possession after the Kerala High Court asked the police to provide protection to their priests to conduct religious services in the church.
In 2017, the Supreme Court order gave the Orthodox faction rights over nearly 1,000 parishes including the Piravom Valiyapalli church.

With the Jacobites allegedly preventing them from entering the church, the Orthodox group members had approached the high court.

Kerala Cinema Halls To Open From October 25, Colleges From 18th