"I am only interested in trekking, not hurting sentiments of locals," said Dhanya Sanal

Dhanya Sanal, 38, is the first woman to begin the trek to Agastyarkoodam peak, a biodiversity hotspot and the second highest peak of Kerala. Ms Sanal is a 2012 Indian Information Service Officer, currently posted as a defence spokesperson, in Thiruvananthapuram.

The trek was not open to women earlier but it was struck down by the Kerala High Court. "Women were not allowed because of the difficult terrain. It's a steep climb and requires immense physical fitness. But now the court has lifted the ban and there is adequate security," Assistant Wildlife Warden, CK Sudheer told NDTV.

The trekking season will last for 47 days and over 4000 people have registered online, including 100 women. "I am physically fit. I work out every day for over an hour after my work hours. Women and men both need to be strong. There is no point not allowing women. I trek regularly and I am mentally and physically prepared for this arduous trek," Ms Sanal told NDTV. She also said that she is only interested in trekking and not visiting any temple or hurting sentiments of locals. 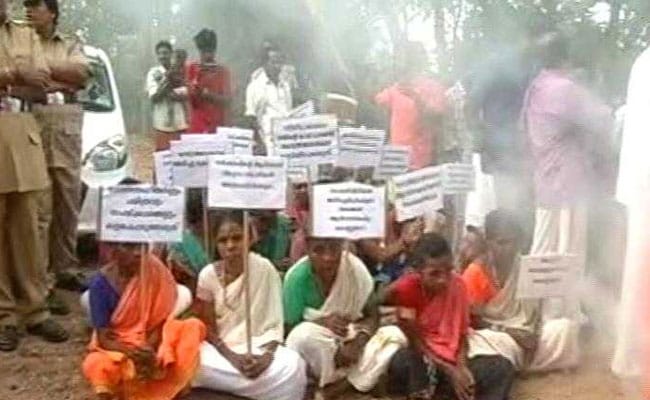 While the government claims that women were not allowed so far because of the treacherous terrain, the local Kani tribals say, they have been traditionally worshiping sage Agasthya, after whom the hill was named. Kani tribals claim it is a custom that women don't go near the temple at the hill top, which has an idol of the celibate Agastya Muni.

Minor protests by the Kani tribe were seen at the base camp at Bonacaud, against women being allowed to trek. "As of now, they have said that they will protest but not block any movement. But we have adequate deployment for security," Mr Sudheer said. The court has also barred any puja at Agasthyarkoodam.

Many young people, participating in the trek, have welcomed the inclusion of women. "Everyone needs to be given the opportunity. This is about strength and fitness and not about gender. We will support Ms Sanal, if at all there are any protests en route," Mohammad Shaan, a trekker told NDTV. "I have known Dhanya for a long time. We both are interested in trekking and she is a strong woman. I wish her success," said Mridul Jacob, another trekking enthusiast.