Delayed By Traffic, Groom Takes Kochi Metro To His Wedding

Along with the video message to the couple, the Kochi Metro also presented the them 'Kochi One' card, a smartcard that allows cashless commuting and can be used to gain exclusive entry into metro trains. 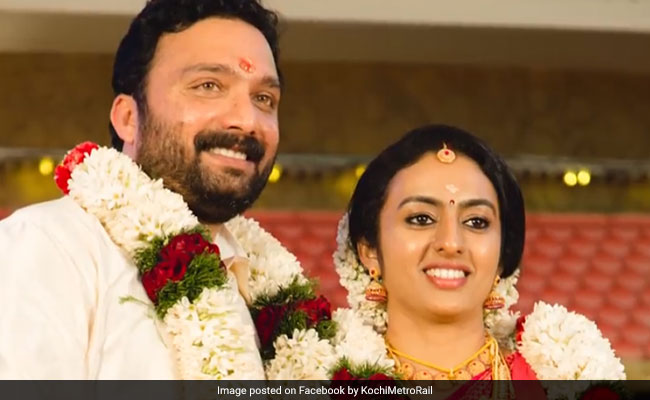 Ranjith Kumar left his car to take the Kochi Metro to get in time for his wedding in Ernakulam.

Kochi: On the biggest day of this couple's life, the Kochi Metro came to their rescue. A video posted on the Kochi Metro's official Facebook page narrates the story of Ranjith Kumar and Dhanya, a couple from Kerala who got married earlier this week. The wedding hall was a 130 kilometre drive for the groom and his family from Palakkad to Ernakulam in Kerala, a drive that would usually take about three and a half hours. When multiple road blocks delayed their journey, someone suggested a way out, "Riding the Metro".

On the morning of December 23, Ranjith Kumar along with his family, began their journey from Palakkad at 6 am and hoped to reach in time for the wedding. At 11 am, they covered over 100 kilometres and reached Aluva, some 30 kilometres from Ernakulam.  At Aluva, they reported noticed a huge jam. At this point they began looking for alternative suggestions to get to the venue. Someone then suggested the best way out was to take a metro from Aluva.

"Taking the suggestion, we reached Aluva metro station and saw a huge line at the ticket counter. I began explaining that it was my marriage and that I had to be there. I then got tickets and left to get to the venue," Ranjith Kumar said in a video posted on Kochi Metro's Facebook page captioned "A story of how Kochi Metro Saved Ranjith and Dhanya's wedding". 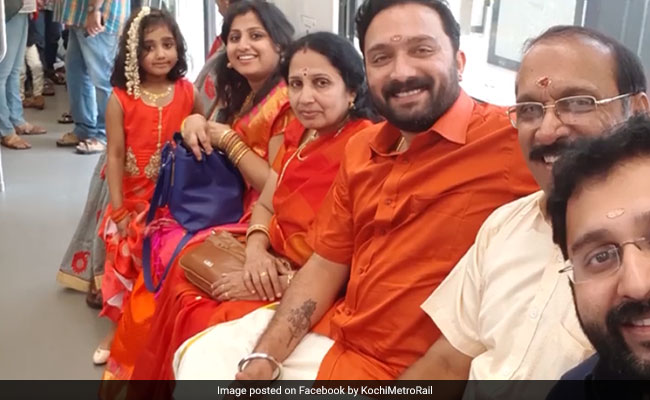 Ranjith Kumar and his family took the Kochi Metro from Aluva station to get to his wedding.

Along with the video message to the couple, the Kochi Metro also presented the them 'Kochi One' card, a smartcard that allows cashless commuting and can be used to gain exclusive entry into metro trains. "We weren't exaggerating when we said Kochi metro touches lives," Kochi Metro said in video along with their wishes to the couple.

Kerala's first metro line was flagged off in Kochi was flagged in June this year by Prime Minister Narendra Modi.  With 11 stations covering nearly 13 km - from Palarivattom to Aluva - it was the longest first phase of a metro to have been inaugurated. The 18-kilometre second stretch was inaugurated in October, completing phase one of the Kochi Metro.