Union Minister V Muraleedharan has also decided to observe a fast at his residence in New Delhi on August 2 seeking the resignation of the chief minister. 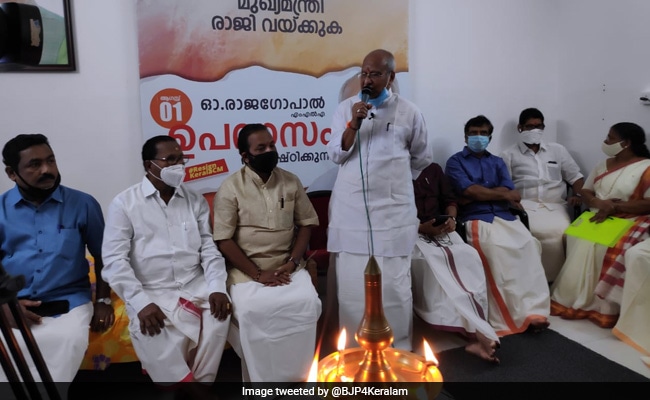 The fast is part of the protests by the BJP seeking the resignation of Chief Minister Pinarayi Vijayan as he was "morally responsible" for the gold smuggling through diplomatic baggage.

The BJP has also decided to organise a virtual rally in the capital city and it will be inaugurated by former state president Kummanam Rajashekharan.

Union Minister V Muraleedharan has also decided to observe a fast at his residence in New Delhi on August 2 seeking the resignation of the chief minister.

The state government has been under heavy criticism on the gold smuggling issue after two former employees of the UAE Consulate here were arrested along with a few others.

The opposition parties have been alleging that the chief minister''s office was involved in the matter, a claim which has been dismissed by the state government.

The NIA and the Customs have questioned senior IAS officer M Sivashankar, who was also the former principal secretary and the IT secretary in the state in connection with the case.

He was suspended after reports about his alleged close contacts with a few of the accused.

However, even after being questioned multiple times, Mr Sivasankar is yet to be arraigned as an accused in the case.