After Floods, Kochi Airport To Dismantle One Of Its Eight Solar Projects

CIAL officials took the step after residents claimed that the "canal top project" at the airport was responsible for disrupting the flow of water during the recent floods. 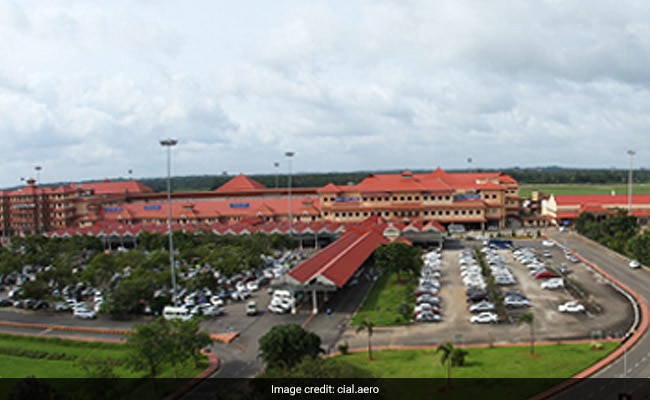 The Kochi airport had to be shut for a few days after its runway got flooded because of rain.

Authorities of the Cochin International Airport have decided to dismantle solar panels from one of its eight projects running on the premises, following objections from local residents.

The decision was taken at a meeting, also attended by local parliamentarians and legislators, after residents claimed that the "canal top project" at the airport was responsible for disrupting the flow of water during the recent floods.

The "canal top project", one of the eight solar panel projects of the airport, has a total installed capacity of 40 MW and produces about 1.6 lakh units of power every day.

A total of 40 MW of electricity was being produced by the Cochin International Airport Limited (CIAL) so far, but they will now have to continue with just seven of the original eight projects.

"We had done a systematic, well-researched design with the concrete structure and diversion canal. But if locals are objecting to it, there is no point in continuing. We have to live together," CIAL spokesperson PS Jayan told NDTV.

CIAL was awarded the "Champions of the Earth" award by the United Nations at a ceremony in New York last year for its initiatives in the field of sustainable energy. CIAL Founder and Managing Director VJ Kurien, who received the award, dedicated it to the people of Kerala for braving the devastating floods of 2018.

The state faced similar hardships earlier this month as monsoon-induced floods killed over 90 people and displaced thousands. Even the Cochin International Airport had to shut operations on August 9 after its runway became waterlogged due to the rain. It was eventually reopened on Sunday afternoon.