Chief Minister Kumaraswamy told reporters he was "not aware" of it. 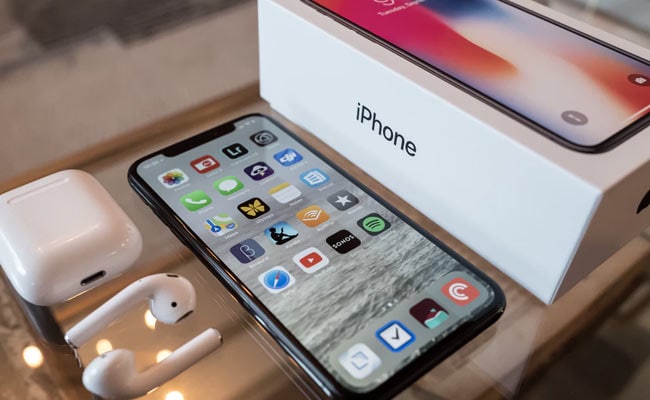 The Karnataka government's invite to a meeting on the Cauvery dispute did not come cheap. The invite to 40 lawmakers came with an iPhone X and a costly bag, alleges Rajiv Chandrashekhar.

Mr Chandrashekhar, a Rajya Sabha member, has written to Chief Minister HD Kumaraswamy, who has reportedly sent out the invites to the all-party meeting in Delhi. In the letter, he says his "conscience does not permit" him to accept the phone and he is sending it back.

Chief Minister Kumaraswamy told reporters he was "not aware" of it. After a little more "digging", he said only the leather bags were from the government; the iPhones were not gifted by his government but distributed by a minister. "I would have advised him not to do it," he said.

Mr Chandrashekhar flags that the iPhone sent by the state government costs "more than 1 lakh" while there are many sanitation workers who work for Bengaluru and haven't been paid.

"On one hand you claim austerity measures and we all know Pourakarmikas (sanitation workers) in Namma Bengaluru are not being paid salaries and are in desperate straits. One Pourakarmika was even forced to commit suicide, farmers are in financial distress so it is unacceptable that public money should be misspent like this," said Mr Chandrasekhar.

"Instead I urge you to pay the salaries of the (garbage collectors) who tirelessly work to keep out city clean and focus on real austerity so that public money can be invested in those in need in our state," he wrote in the letter copied to Deputy Chief Minister G Parmeshwara.

In tweets, Mr Chandrasekhar said: "Why is your government sending expensive phones to MPs? One civic worker committed suicide and farmers in the state are also facing huge debt. In this situation, the public money should not be spent unnecessarily."

He also posted photos of the iPhone and the bag.