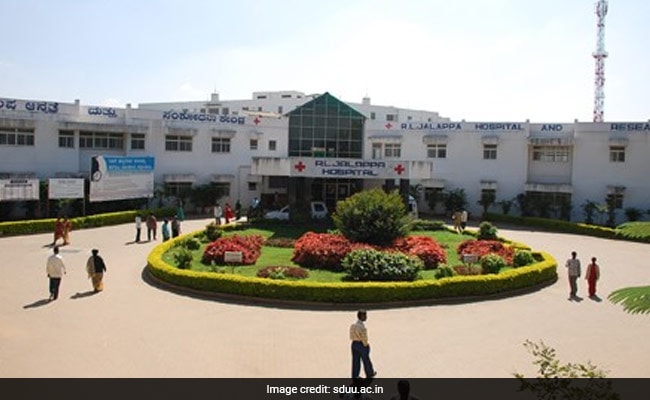 A network comprising medical colleges and brokers are part of the Karnataka racket, an officer said

A massive medical admission scam has surfaced in Karnataka after the income tax department raided three institutes and found evidence that indicated a cash-for-seat arrangement, with the amount reaching up to Rs 60 lakh per seat, sources said.

Sources told NDTV that the income tax department after getting intelligence reports of irregularities in medical college admissions in Karnataka launched raids on 32 locations, including the four institutes, in the southern state and Rajasthan.

"During the course of the search, we found that the seats that were originally to be allotted by merit through MCC (medical counselling committee) were converted maliciously into institutional quota seats through the dropout system," the income tax department said in a statement on October 10.

A senior officer who supervised the raids said the search operations went on for over 48 hours. "We have seized Rs 4.22 crore in unaccounted cash and incriminating documents proving MBBS seats were sold to undeserving candidates for Rs 50-60 lakh per seat," the officer told NDTV, asking not to be named since the matter is under investigation.

Explaining how the alleged racket worked, the officer said: "A big network comprising medical colleges and brokers are part of this. Students who have already cleared NEET and studying in other medical colleges across the country are lured for monetary gratification and are made to appear for NEET exam once again. Then these students are made to opt for the medical colleges (named in the scam) by blocking the seats, only to opt out at the end, which would result in the conversion of these seats to management quota, allowing the colleges to sell these seats to the undeserving candidates."

"Certain students whose names were used in conversion of seats have given statements establishing how the racket was carried out. Agents have admitted to have aided selling seats, brokers have admitted to be witnesses and accomplices to diversion of such cash generated," the income tax department said in the statement.

"Overall the total undisclosed income detected so far is around Rs 100 crore considering the cash donations received for 185 seats averaging Rs 50 lakh to Rs 65 lakh per seat and total seizure of undisclosed assets of Rs 8.82 crore," the department said in the statement.

"We are examining the documents and electronic evidence. Soon a report will be submitted to the CBDT (Central Board of Direct Taxes), which will then be sent to other investigation agencies like the CBI (Central Bureau of Investigation) for further action," the senior officer who supervised the raids told NDTV.