Schools and colleges have been ordered to remain shut till Saturday due to flooding, landslides and damage to roads in the hilly district of Kodagu. 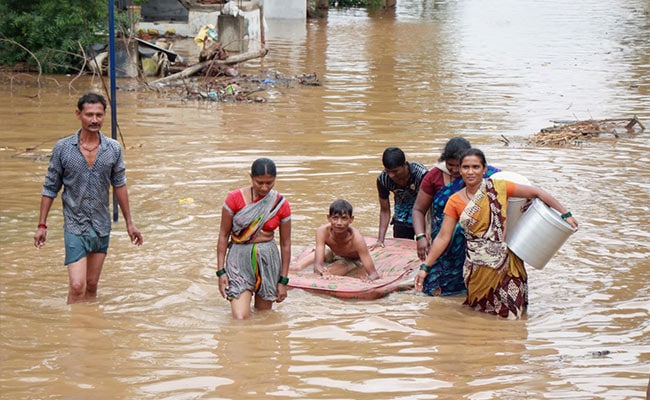 The Indian meteorological department (IMD) sounded red alert in south Karnataka, as heavy rains set to pound Kodagu, Chikkamagluru and Dakshina Kannada districts on Thursday, while there was a respite from rains in the other regions of the state.

"Heavy to very heavy rains with strong winds will lash Kodagu, Chikkamagluru and Dakshina Kannada district on the west coast and across the southern Western Ghats over the next two days, as monsoon remains active," said the IMD in a night weather bulletin on Wednesday.

Schools and colleges have been ordered to remain shut till Saturday due to flooding, landslides and damage to roads in the hilly district of Kodagu.

"The 73rd Independence Day celebration is likely to be affected if heavy rains persist in both the districts, as grounds will be water logged and access roads inundated," a district official told reporters at Madikeri, 250 km southwest of Bengaluru.

Widespread moderate to heavy rains are likely to batter the state's southern districts of Kolar, Chikkaballapur, Tumkur, Mandya, Mysuru and Bengaluru on Thursday due to favourable monsoon conditions.

With rains taking a break and water levels receding, the state's coastal and northwest regions were limping back to normalcy even as rescue and relief works were in full swing.

"Inflows into the reservoirs are steadily decreasing, flood situation has improved," said the Karnataka State Natural Disaster Management Centre in a statement here.

The death toll in rain and flood-related incidents increase to 61, while 15 were missing. Nearly 7 lakh people were evacuated and 51,460 animals rescued in the 22 affected districts across the state.

"Around 3.7 lakh people are staying in 1,096 relief camps as their houses have washed away, collapsed or damaged due to heavy rains and flooding," added the statement.

According to preliminary assessment, agriculture and horticulture crop loss is estimated to be in 4.69 hectares of farm lands, while 58,620 houses have been damaged.