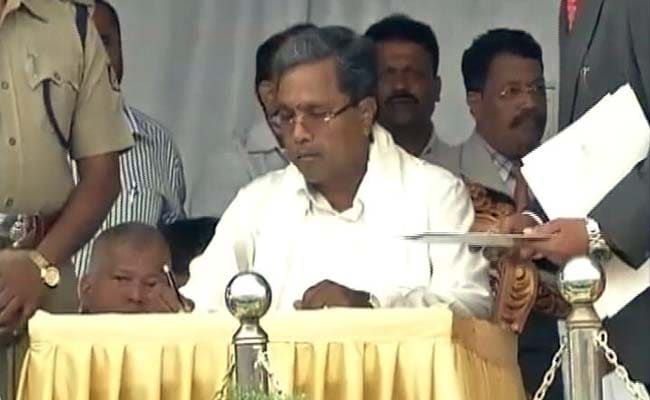 The BJP and JD(S) have attacked Chief Minister Siddaramaiah and claimed that he was behind the attempts to woo lawmakers. (File photo)

Bengaluru: A political slugfest erupted in Karnataka yesterday over a "sting operation" that purportedly showed legislators negotiating a money deal in exchange for their votes in the biennial elections to four Rajya Sabha seats from the state.

A demand was also made that the Election Commission take appropriate action over the alleged money deal.

As the videos of the "sting operations" aired by two private TV news channels yesterday brought discomfiture to him over allegations about the ruling Congress' moves to win over lawmakers including from the JD(S) to add up to its numbers, Chief Minister Siddaramaiah put up a brave face, saying, "...Congress has never done such things, they will never do it also."

The BJP and JD(S) charged that the Chief Minister was behind the attempts to woo lawmakers.

The footage of "sting operation" by one channel showed a JD(S) lawmaker purportedly talking about money in crores of rupees for supporting a candidate while the one by another channel showed Congress candidate KC Ramamurthy and independent legislator purportedly speaking about getting enhanced development funds for the constituency by the government in return for votes.

He said "Chief Minister himself is behind it. They are saying Rs 100 crore package will be given to those supporting supporting Congress along with other benefits..; Chief Minister is trying to lure, no one else."

Mr Yeddyurappa demanded that the Election Commission take appropriate action on this issue.

Hitting back, Mr Siddaramaiah reminded that Mr Yeddyurappa was the brain behind "operation Kamala" that was used to weaken opposition parties when BJP was in power in the state.

"Operation Kamala" saw BJP winning over several Opposition lawmakers who resigned from their party, joined BJP and won elections on its ticket that helped it secure comfortable majority in the Assembly.

"Such things were started by Yeddyurappa, who did operation Kamala? It is he who started such things. Congress has never done such things, they will never do it also," Mr Siddaramaiah told reporters.

Former Prime Minister and JD(S) chief HD Deve Gowda said "Chief Minister who has grown from my party (JDS) is doing this to finish the party."