Karnataka income tax raids: The Karnataka government alleged the PM Narendra Modi government was using the income tax department to harass leaders of the ruling coalition in the southern state

Income tax officers are searching the premises of businessmen, mining barons, people connected with the film industry and some "politically exposed persons" in Karnataka, the tax department said today, adding "no MP, MLA or minister have so far been covered in the searches" that the ruling coalition alleged was done on the behest of the Modi government.

The tax raids came less than 24 hours after Mr Kumaraswamy warned he would use "Mamata Banerjee's tactics" against any move by the centre to use the government's organs for political vendetta in election season.

PM @narendramodi's real surgical strike is out in the open through IT dept raids. The constitutional post offer for IT officer Balakrishna helped the PM in his revenge game. Highly deplorable to use govt machinery, corrupt officials to harrass opponents during election time. 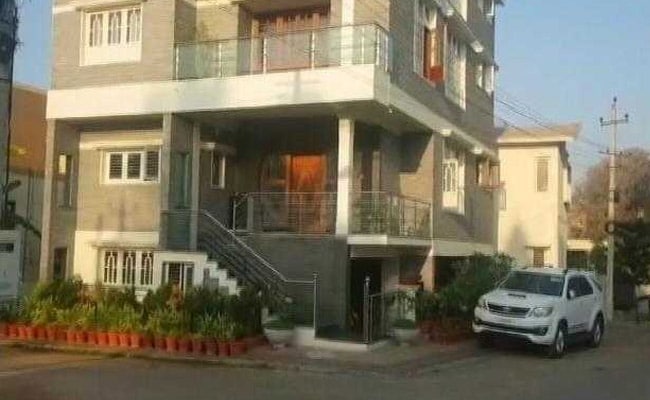 "I'm not deterred by the raids, which are election related. I would like to know which BJP leader's house in Karnataka has been raided?" said Mr Puttaraju, who is in charge of Mandya district from where the chief minister's son, Nikhil Kumaraswamy, is fighting his first election.

On Wednesday, the IT department spoke of raids against an unnamed politician, said to be Prabhakar Reddy of the JDS, the same day when HD Kumaraswamy tweeted to warn of more income tax raids.

"While it is true that CRPF is being used for providing security, the said Central armed personnel were requisitioned from the State Police (ADGP Law and Order) following normal protocol and have not been flown in outside the state," it said, adding the activities of the income tax department should not be "politicised, personalised or trivialised".

Congress-JDS leaders and party workers turned up outside the office of the tax department in Bengaluru today in protest against the action. The BJP used the opportunity to take a swipe at the coalition.

The intrinsic character of #Mahaghatbandhan - divided on politics & ideology and united in corruption - has come to the fore in front of IT office.
At last the Congress and JDS have come together in the real and true sense of the word. #CongressJDSChorhai

The Congress also weighed in on the controversy. "This is the first time in the history of India that a Prime Minister has misused autonomous institutions with such flagrant disregard. The people will teach him a lesson," the Congress tweeted on Wednesday.

The Congress had made the same allegation when the premises of its leader DK Shivakumar were raided at a time when he was managing Congress legislators from Gujarat before the Rajya Sabha election in March last year.

The people of Karnataka will vote in the Lok Sabha elections on April 18 and 23. Results will be out on May 23.

4 Migrant Trains From Karnataka Today As Services Restart After Criticism