PETA Says It Has Photographic Proof of Cruelty During Kambala. Moves Supreme Court

The Supreme Court will hear PETA's plea for interim relief to stay the Karnataka state ordinance. 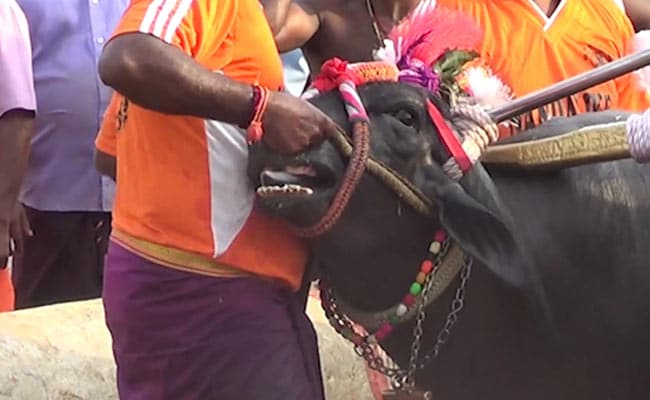 Kambala, an annual Buffalo Race traditionally held along the coastal region of Karnataka

Karnataka: Kambala, an annual buffalo race traditionally held along the coastal region of Karnataka, finds itself in the spotlight, yet again. PETA, the animal welfare group, has approached the Supreme Court against the traditional sport, alleging cruelty to the animals involved. The Supreme Court will hear PETA's plea for interim relief to stay the Karnataka state ordinance.

PETA claimed in a press release that it has both photographic and videographic evidence of cruelty on in an occasion of the buffalo race held earlier this month in Moodabidri, the coastal Dakshina Kannada district of Karnataka.

After the bull-taming event of Jallikattu (a sport involving the taming of a bull ) was cleared in neighbouring Tamil Nadu, despite pleas against Jallikattu by animal activists because of the evident cruelty involved, the Karnataka government moved to reintroduce Kambala by introducing the Prevention of Cruelty to Animals (Karnataka Amendment) Ordinance, 2017.

PETA has approached the Supreme Court to strike down this ordinance. It said that it had proof to validate that a majority of the 100 buffaloes that were used in the race were beaten and prodded with wooden sticks, along with their tails pulled. It also claimed that most buffaloes that finished the race frothed at the mouth, salivated heavily, and displayed increased respiration rates.

The animal welfare group also pointed out that it had photographic proof that groups of people pushed, beat-up, pulled the animal's nose ropes, and shouted at the animals, causing the animal fear and distress. "Many buffalo bulls had two or three tight-fitting 2 - to 2.5 - centimetre thick nose ropes inserted through their nasal septum, causing them tremendous distress and pain," it added.

Public Policy Lead of PETA - Nikunj Sharma said, "This investigation proves yet again that buffalo bulls are terrorised in cruel kambala events - and no amount of regulation can ever change that, which is why the Supreme Court banned these races in the first place. Buffalo bulls deserve and need the Supreme Court's full protection again."

Not just the ruling Congress party in Karnataka, politicians from other parties had said that like Jallikattu, Kambala was a traditional sport of Karnataka and that it should be allowed. Protests had been held in the state, after the success of pro-jallikattu protests in Tamil Nadu for the buffalo races to be permitted.

The Kambala races are usually scheduled between November and March. In spite of the controversies surrounding the sport, a number of Kambala races have been scheduled in the coming months.
Comments
Kambala in KarnatakaPETA