Karnataka NRC: Sources say that a foreigners detention centre has already been set up at Nelmangala taluk, about 35 km from Bengaluru, although there has been no official announcement in this regard. 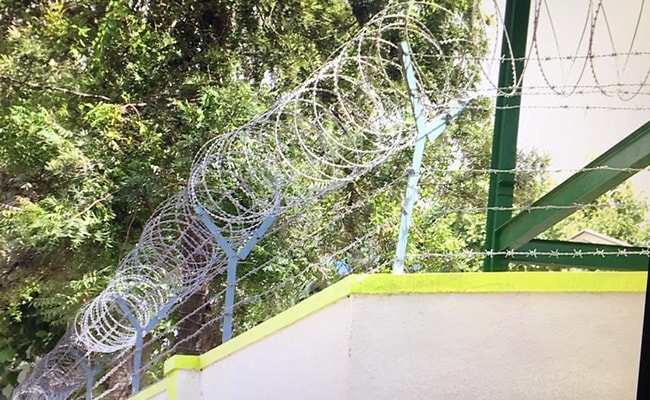 A detention centre set up in Nelmangala has walls fortified with barbed wire.

After Assam, Karnataka is gearing up to prepare a National Register of Citizens (NRC) list to identify the illegal immigrants living there. "Karnataka is one of the states where people from across the border come and settle down. As there are lots of issues here, we are collecting all information possible. We will take up the matter with the Union Home Minister," state Home Minister Basvaraj Bhomai said on Thursday.

Sources say that a foreigners detention centre has already been set up at Nelmangala taluk, about 35 km from Bengaluru, although there has been no official announcement in this regard. The walls of the centre, an old government compound touched up to double as a detention centre, have been fortified with barbed wire to prevent detainees from escaping.

The centre had directed the state government in July to set up a detention centre at the earliest, sources said, adding that it will be used to accommodate illegal immigrants until they can be deported.

Reports also suggested that a couple of additional detention centres would be built in the vicinity of Bengaluru, given the number of Africans and Bangladeshis found to be living there illegally. Bengaluru Central MP PC Mohan and Mahadevapura MLA Aravind Limbavali had sought such facilities from the Union Home Ministry, given the alleged involvement of such elements in criminal activities across the East Division.

The opposition Congress expressed its support for the move, but with a rider. "Those staying illegally in the state must be deported, but the government should ensure that Indian citizens are not inconvenienced by the NRC," said Karnataka Congress working president Ishwar Khandre.

The state police had reportedly approached the Union Home Ministry for a detention centre in Bengaluru even before the NRC exercise hit the headlines.

The Assam National Register if Citizens was released on August 31 which excluded over 19 lakh people, who now have to fight their case and prove they have been in Assam for decades. The government says they won't be declared foreigners immediately and have the option of appealing to the foreigners' Tribunals and the courts.

To establish citizenship, the people of Assam have had to furnish proof of residence going back decades, before March 1971, the year in which hundreds of thousands of people left Bangladesh as it split off from Pakistan.