5 Dead In Explosion At Quarry In Karnataka's Shivamogga, Area Sealed 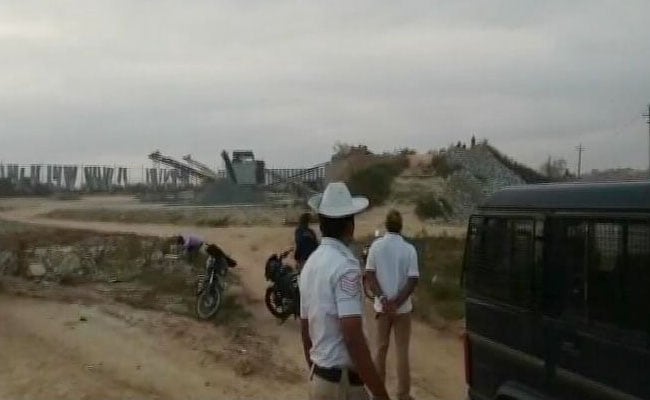 Five people were killed in an explosion at a stone mining quarry in Karnataka's Shivamogga district, the police control room said. The possibility of subsequent explosions at the quarry at Hunasondi near village Abbalagere has not been ruled out by the police since some dynamite sticks are still live, the police said. Bomb disposal squads have been called in and the entire area has been sealed.

The people who died in the explosion were reportedly transporting the explosives meant for mining in a truck when the incident happened. The truck was destroyed, the police said.

"The entire area has been sealed. Bomb disposal teams will reach here from Mangaluru and Bengaluru in a few hours. As there may be active explosives, nobody is allowed inside till the squads come here," senior police officer of Davanagere range S Ravi told NDTV.

The blast occurred around 10:20 pm, resulting in a loud sound and tremors that could be felt in nearby Chikkamagaluru district as well. Many took the mysterious loud sound - which shattered window panes - to be an earthquake and ran out to the streets.

On Twitter, many posted photos of broken windows and minor damage to buildings and of people out on the streets.

Shivamogga is Chief Minister BS Yediyurappa's home district. Mr Yediyurappa has ordered a probe into the explosion. "I wish to express my deepest condolences to the family of those who died. The wounded are being treated and I wish them all speedy recovery. A high-level investigation has been ordered and strict action against the guilty is certain," the Chief Minister tweeted.

"Pained by the loss of lives in Shivamogga. Condolences to the bereaved families. Praying that the injured recover soon. The State Government is providing all possible assistance to the affected," Prime Minister Narendra Modi tweeted.