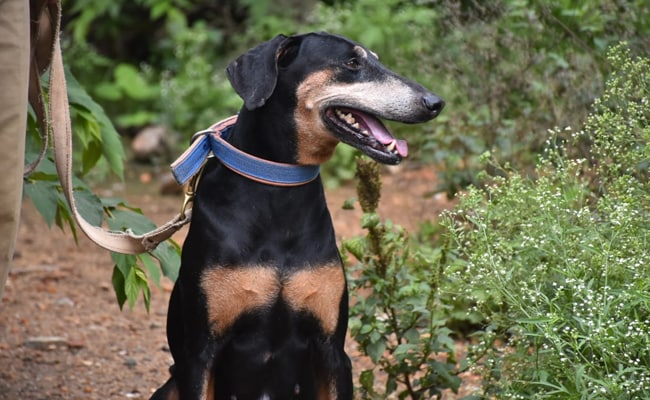 A Karnataka Police sniffer dog emerged a hero after running for over 12 km to help cops track down and arrest a murder accused in a nearly week-old case.

The incident, which took place on July 10 in Basavapattana in Davengere district, which is around 260 km from state capital Bengaluru, began after two men argued over money one had borrowed from the other.

According to the police, Chetan had borrowed Rs 1.7 lakh from his friend, who had repeatedly asked for the money to be returned. Chetan then got suspicious of Chandra Nayak, whom he believed had found about his criminal acts and would expose him to the police.

Nearly a week after the killing, the police, who had made little progress and had almost no clues to help them track down Chetan, turned to their in-house superstar.

Tunga, a nearly 10-year-old Doberman Pinscher, is already a legend in police circles, having helped solve 50 murder cases and 60 thefts, according to Hanumantha Rai, the Police Superintendent of Davengere district.

The tireless canine, and her handler, Head Constable Prakash, picked up from Chetan's last known location and ran for more than 12 km before stopping outside a house in Kashipur.

On questioning occupants of the house, one man appeared to be behaving suspiciously. He was taken into custody and, on interrogation, confessed to his crime and stealing a police revolver from a police station in Hubli.

"She is our hero. So I went there (Davengere) to felicitate her," Amar Kumar Pandey, Additional DGP (Karnataka), said.