A 9-second video of the fight has gone viral on social media, in which the landlord can be seen firing in the air. 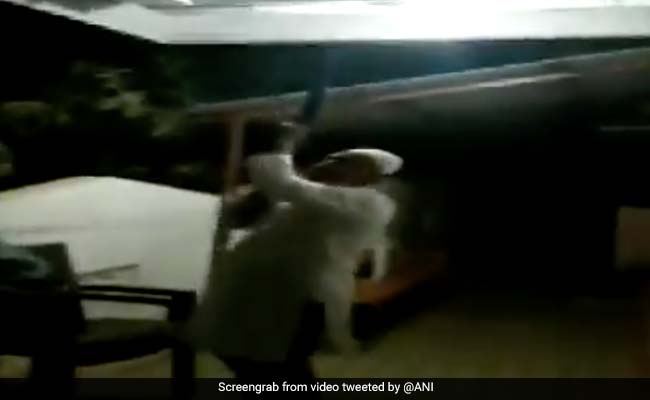 After being attacked, the enraged landlord fired in the air.

An argument over an unpaid rent turned ugly when a landlord in Karnataka fired shots in the air after his tenant allegedly attacked him with a sharp object in Belagavi district's Chikodi town, 572 km northwest of Bengaluru, police said today.

A 9-second video of the fight has gone viral on social media, in which the landlord can be seen firing in the air.

#WATCH Karnataka: A landlord fired shots in the air after a tenant failed to pay rent, in Chikkodi area of Belgaum district yesterday. The person was later taken into custody by the police. pic.twitter.com/8dxXA8ifcI

"Tenant Shrimant Dixit had not paid rent since March. On Sunday evening, the landlord's son cut off the electricity connection of the tenant's house, leading to a fight. During the argument, Mr Dixit attacked his landlord with a sharp weapon, leaving a wound on his left hand. An enraged Shah then fired one round of shots in the air from his licensed gun," a police official said.

Mr Shah has been asking the Dixit family to vacate his house after getting the advance payment of two months of rent adjusted and paying him the remainder amount.

According to officials, the Dixit family had cited the lockdown as the reason for their inability to pay the rent.

Counter cases have been filed against both the families.