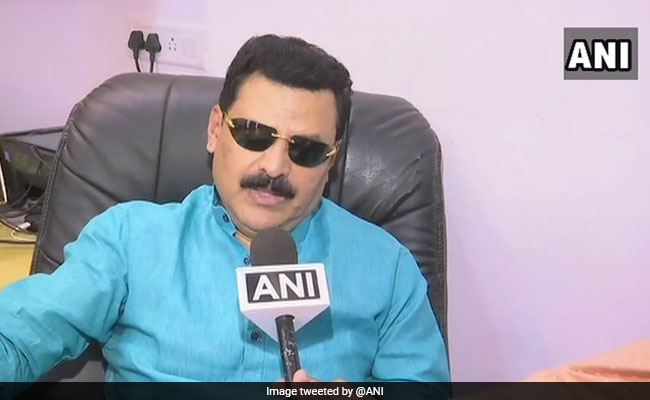 The legislator, Belur Gopalakrishna, has apologised for his comment.

A Congress legislator's remark in which he had allegedly dared right-wing activists to "shoot" Prime Minister Narendra Modi, has triggered a huge controversy after the alleged video was widely circulated on social media. While the BJP has demanded his arrest, the Congress distanced itself from his comment.

Congress leader Belur Gopalakrishna was responding to the controversy triggered by Hindu Mahasabha's National Secretary Puja Shakun Pandey, who shot at an effigy of Mahatma Gandhi in January.

"These days people are talking about Nathuram Godse who killed Gandhiji. Those people should not exist in this society, if they are trying to kill the democratic set up, let them kill PM Modi if they have the courage," he had allegedly said in a video on February 4.

The BJP has demanded his arrest. "Congress leader Belur has committed a serious offence and I demand his arrest," BJP spokesperson S Prakash said.

"I saw some media reports today. They were showing that Belur Gopalakrishna has issued a statement that the Hindu Mahasabha - if they wanted to kill, they should have killed Modi. This is what they were showing in the channels. I have to ascertain the facts. I will get the details. If at all he has spoken - on what occasion. Whether it is true or false, I have to verify the facts. And is it true - I condemn it. It is not our Congress culture. He is the Prime Minister. Even to say we should kill an ordinary person also, is bad. We do not subscribe to such things," he said.

"I have respect for the Prime Minister. I never said PM has to be assassinated. How can I be silent when Gandhiji is disrespected? I said will you do the same thing to the PM? I will definitely apologise if my statements hurt anyone," he was quoted by the news agency ANI.

The BJP has said that a party delegation would meet the Bengaluru police chief on Wednesday and lodge a complaint.

On January 30, the death anniversary of Mahatma Gandhi, the Hindu Mahasabha held a function at Aligarh during which Nathuram Godse's statue was garlanded and sweets were distributed.The enactment of the assassination was also held and reporters were told that it would henceforth be held every year like the burning of the demon king Ravana's effigy during Dusshera.

A video of the enactment, showing Pooja Shakun Pandey shooting an effigy of the Mahatma, sparked outrage. She and her husband were arrested later later by Aligarh police.