Following the raids, the channel has effectively shut down, with much of its infrastructure seized, its editors said. 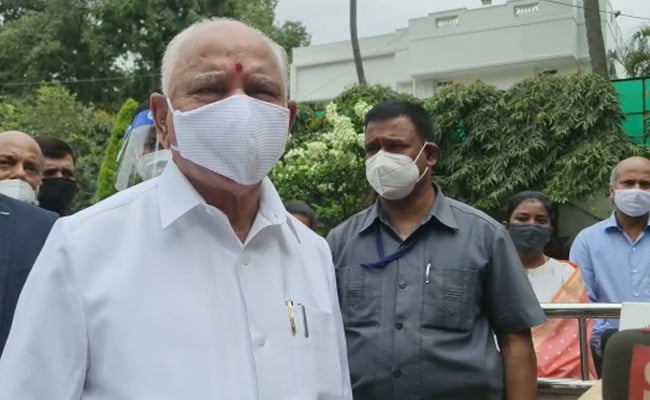 A Kannada news channel, Power TV, which did a sting operation claiming it proved the Chief Minister BS Yediyurappa's son BY Vijayendra is involved in corruption, has said it has been raided by the police. Following the raids, the channel has effectively shut down, with much of its infrastructure seized, its editors said.

Last week, Power TV had telecast a story based on a sting which they said proved corruption charges against BY Vijayendra. The Congress had taken up the issue and targeted the Chief Minister repeatedly. Now the party has accused him of "misusing power" to target the channel.

"Police reached our office yesterday around 6.30pm. They were there until the morning," Rahman Hasaan, Principal Editor of Power TV, told NDTV.

The police, he said, had a search warrant and said they were looking for documents related to a case of alleged extortion, criminal intimidation and blackmail against the channel's Managing Director Rakesh Shetty.

"They took away all the laptops, hard disks. They went to the server room, and even though we said we need the server, there is nothing there, they took machines from there," Mr Haasan said.

"This is effectively shutting the channel. Right now we are airing out of Delhi, using recorded programmes. Our Facebook and YouTube channel has also been blocked," he added.

Mr Hasaan said more than 250 people are employed in the channel. The whereabouts of the MD is not known.

Targeting Chief Minister Yediyurappa over the issue, Congress's former Chief Minister Siddaramaiah tweeted: "@CMofKarnataka @BSYBJP is misusing his power to harm @powertvnews for exposing his son's corruption. I strongly condemn his autocratic act of threatening fourth pillar of democracy. There should be an enquiry to reveal the truth."

.@CMofKarnataka@BSYBJP is misusing his power to harm @powertvnews for exposing his son's corruption.

I strongly condemn his autocratic act of threatening fourth pillar of democracy.

There should be an enquiry to reveal the truth.

The Congress had taken up the issue last week after the sting was telecast by Power TV.

At the time, Siddaramaiah had tweeted: "CM Yediyurappa & his family have been caught taking a bribe in an alleged ₹666 crore BDA construction project scam. We demand a time bound probe by a sitting SC judge or by the CJ of the Karnataka HC. CM Yediyurappa must resign or should be sacked by BJP."

"BJP Govt is engulfed by Clutches of Corruption as Dented-Tainted Leaders rule the roost! CM Yeddyurappa must Resign in view of Stinging Allegations of Unabashed Corruption! Judicial Probe is the only way to Unravel the Stench of Corruption!" his tweet read.

The Congress has alleged that Mr Yediyurappa's son was involved in demanding bribes from contractors.

"Super CM @BYVijayendra seems to have demanded an addl ₹17 Cr from the contractor to issue work order saying that previously paid amount has not reached him," Mr Siddaramaiah had tweeted.

"@narendramodi had failed to introduce an efficient GST (Goods & Services Tax), but our @BSYBJP has successfully introduced VST (Vijayendra Service Tax). In both the cases, people are the sufferers," another tweet read.

The BJP has denied the allegations saying they are politically motivated.

Senior BJP leader N Ravikumar told NDTV that there is "no strength" in the allegations.

"Vijayendra is being targeted because he is the son of the Chief Minister. How else will the Congress General Secretary get publicity for his press meet? So he demands the CM's resignation," he said.

The BJP, he added, is "not giving it any importance".

"It is the work of the Congress to being a bad name to the BJP, the Chief Minister, his son," Mr Ravikumar said.