"I'm A Fighter": What BS Yeddyurappa Said In His Resignation Speech 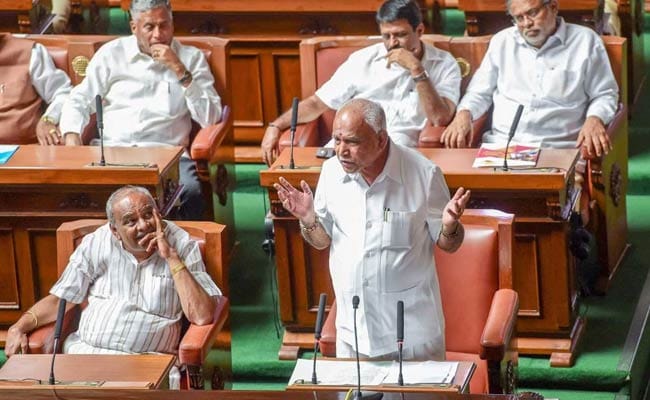 BS Yeddyurappa said he will I will sacrifice his life for to serve the people and save the farmers.

Bengaluru: A 20-minute emotional speech by BJP's BS Yeddyurappa at the Karnataka assembly ended with him quitting as the chief minister, just two days after he was sworn in. The BJP, which won 104 of the 222 seats for which polling was held, were eight seats short of majority. The Congress and JDS combine claimed the support of 117 lawmakers. The Supreme Court had ordered BS Yeddyurappa to take a strength test today, overruling the governor's generous 15-day period. Minutes before the vote, Mr Yeddyurappa delivered a speech, calling himself a fighter and that his fight will continue.

Here are the top quotes of BS Yeddyurappa's Resignation speech: