The employees want their salaries hiked in line with the state's sixth pay commission. 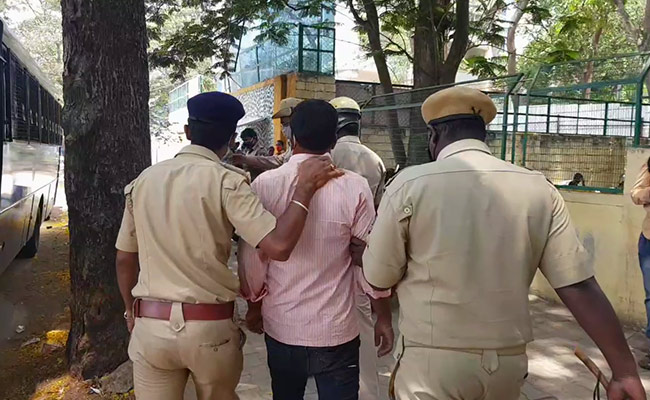 Employees and their families are observing a one-day hunger strike at the district headquarters.

The strike by workers of the Karnataka State Road Transport Corporation, or KSRTC, entered its 13th day today with both sides refusing to budge.

The employees want their salaries hiked in line with the state's sixth pay commission. The state government says that that is absolutely impossible now, given the pandemic and the state's financial position.

Employees and their families are observing a one-day hunger strike at the district headquarters.

In state capital Bengaluru, staff members who came to protest were "arrested" by the police, agitators said.

Murali Krishna, a driver, told NDTV, "They have arrested us saying we should not take part in the strike. We will continue to protest to achieve our rights."

Mallesh, who works as a conductor, said, "We came for the satyagraha and we were immediately arrested."

Kodihalli Chandrashekar, Honorary President of KSRTC employees, told NDTV, "Today is the 13th day of protest. The police have arrested leaders and employees. The leaders should be released immediately. And government should negotiate over the issue. The next step we take will be serious, like jail bharo (fill the prisons)."

The state government has encouraged private buses to ply to meet the needs of commuters across the state.

Last week, in a stern message to the protesters, Karnataka Chief Minister BS Yediyurappa said the state government was not ready to accept any of their conditions and warned of strict action against them. "We will not give salaries to those who remained absent from their job. We will take more stringent action," the Chief Minister said.