Meghana Das, who works as a food delivery executive with Zomato, will contest the Mangaluru City Corporation elections on a Congress ticket. 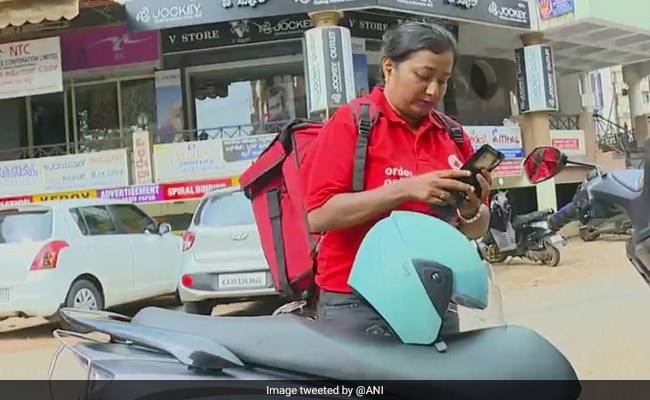 Meghana Das will contest as a Congress candidate.

A food delivery executive in Karnataka's Mangalore will contest as a Congress candidate in the civic polls.

Meghana Das, who works as a food delivery executive with Zomato, will contest the Mangaluru City Corporation elections on a Congress ticket. She will fight elections from the Mannagudda ward.

Ms Das said she started her career in Bengaluru and used to work with the Hewlett. Later she moved to Dubai and started working there. She had to come back to India.

"When I came back to India, I tried looking for a job. But in Mangaluru , finding a job that fetches a salary of over Rs 15,000 is a difficult task. So, I joined Zomato as a food delivery executive," Ms Das told news agency ANI.

She added that after facing some difficulties while working as a delivery person, a friend who worked with the Congress, took her to a senior member of the party.

"While delivering food, I fell so many times due to bad roads. There are certain safety issues also," she added.

"After listening to my problems, a senior Congress person asked me to contest the MCC election. I eventually got a ticket. I was convinced that since I travel a lot every day and know the problems closely, I can serve the people," she added.

"If by god's grace, the voters support me and allow me to win, I'd focus on the betterment of roads, the safety of women, drainage facilities and water problems. I have seen a lot of problems in my ward and I want the best for it," Ms Das said.

Model Code Of Conduct In Karnataka From November 11 Over Bypolls