When his relatives could not come, his wife and three children were helped by about 10 youth from the neighbourhood as they performed the last rites. 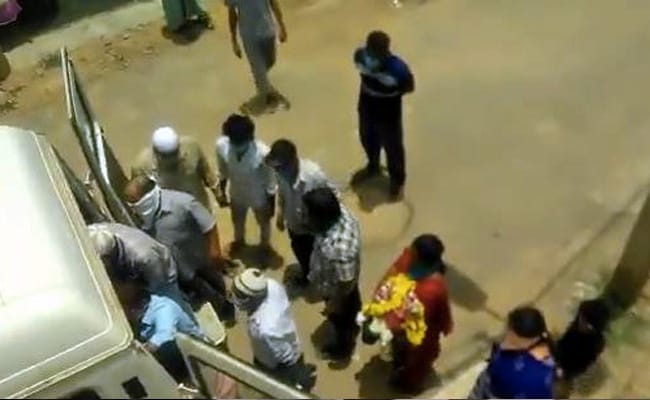 HS Narayan Rao died at his home on Tuesday.

The funeral of a 60-year-old man who died in Karnataka's Tumkur, about 70 km away from state capital Bengaluru, was arranged by some neighbours on Tuesday after his family members could not come because the house is in a locality that has been sealed for two weeks to check the spread of coronavirus.

HS Narayan Rao died at his home in KBH Colony, mostly inhabited by people from the Muslim community, reportedly due to a cardiac arrest.

When his relatives could not come, his wife and three children were helped by around 10 youth from the neighbourhood as they performed the last rites.

Strict containment measures have been in place in KBH Colony to break the chain of transmission of coronavirus after four COVID-19 positive cases were traced. Two of the patients died due to the illness; other two are recovering.

The nationwide shutdown over the pandemic restricts the gathering at a funeral to 20 people.

The lockdown to tackle the pandemic began on March 25, it was extended to May 17 earlier this month.

First Train Passengers Arrive In Bengaluru, Many Go Back Over Quarantine