Raising the issue during Zero Hour, S P Muddahanumegowda said people in the state, particularly in the northern region, were facing a severe water crisis. 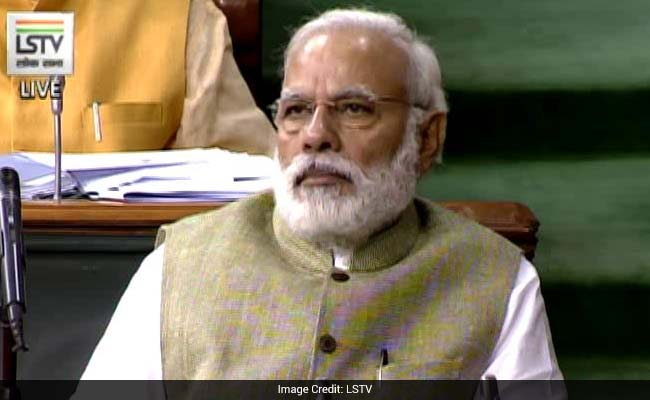 Raising the issue during Zero Hour, S P Muddahanumegowda said people in the state, particularly in the northern region, were facing a severe water crisis.

Karnataka is seeking water from Mahadayi river for meeting drinking water requirements in its northern parts, where it has become an emotive political issue.

"Prime Minister's intervention is required to resolve this issue. I request the Prime Minister to immediately intervene and see that this water dispute is resolved," he said.

At this, Congress members started noisy scenes asking why the letter was written to a former chief minister.

Mr Parrikar, in a letter to Mr Yeddyurappa on December 21 last year, had said, in principle, Goa would not oppose the "reasonable" and "justified" quantum of water to be used for drinking purposes while pointing out that the matter was pending before the Mahadayi Water Disputes Tribunal.

Karnataka is seeking the release of 7.56 tmcft water by Goa from the river for the Kalasa-Banduri Nala project, being undertaken to improve drinking water supply to the twin cities of Hubballi-Dharwad and the districts of Belagavi and Gadag in the state's northern region.

The project involves building barrages across Kalasa and Banduri, tributaries of Mahadayi river, to divert water to the Malaprabha to meet the drinking water needs of the region.

Goa had earlier expressed opposition to an out-of-court settlement of the dispute and had not responded positively for the proposed meeting of chief ministers on the issue.

Shrikant Shinde (SS) raised an issue relating to the Mumbai central railway, saying the Railways should not discriminate and equal facilities should be extended to it as compared to that of western railways.

Dinesh Trivedi (Trinamool Congress) demanded formulation of a special mechanism to provide Aadhaar cards to people who are not able to give their biometric details due to diseases like leprosy. "Such people should automatically get Aadhaar cards," he said.

Raising concern over National Medical Commission Bill, C Mahendran (AIADMK) said that key stakeholders have not been consulted on the measure and demanded that the bill be referred to the select committee.
Comments
Prime Minsiter ModiKarnataka Water CrisisZero Hour