Politically, there is the feeling that even within the coalition government, not enough prominence was given to leaders from the north of the state when it came to allotment of cabinet portfolios. 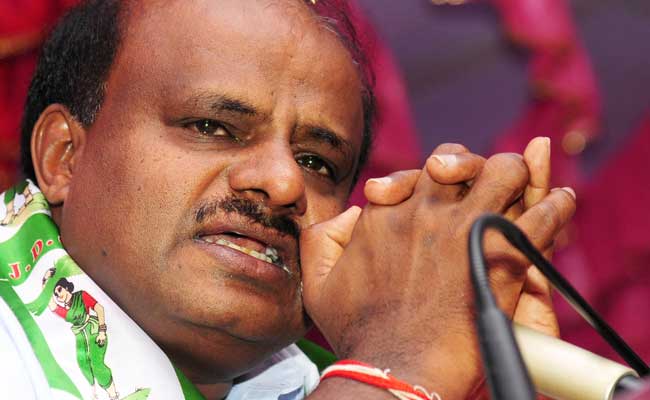 BS Yeddyurappa has also criticised Mr Kumaraswamy's on the issue

North Karnataka has long been considered a less developed part of the state compared to the more prosperous southern parts. And the issue is gathering steam with a bandh called for this Thursday, August 2, to highlight what protestors says is the neglect of this region. There is even a demand for a second capital for the state from the north.

After the presentation of the maiden budget of the Janata Dal (Secular)-Congress coalition government in early July, detractors said that the budget had favoured the southern parts of the state where the JDS has a good following. The JDS also won most of its 38 seats in this region - and Chief Minister, H D Kumaraswamy, has also blamed the media for stirring up the north Karnataka issue.

The opposition BJP has waded into the issue. The BJP's B Sriramulu, a close associate of the mining millionaire Reddy brothers, had said in the Assembly during a discussion on the budget that demands for a separate state would only increase in the north of the state if the state government neglected the area. Mr Sriramulu later clarified to NDTV that this did not mean that he was in favour of separate statehood.

Lingayat seers from the region gathered in front of the Suvarna Soudha in Belagavi on the issue on Tuesday. The Suvarna Soudha is a Vidhana Soudha look-alike that is used to host legislature session and was built to help Karnataka assert its hold on Belagavi - which has been the focus of a dispute with Maharashtra for decades. Lingayats, seen largely as BJP supporters are a dominant community in the north of the state.

The northern Hyderabad-Karnataka part of the state was given special status by the Central government in 2012 to help the region's development.