Bengaluru: Five days after the extravagant wedding of Karnataka politician and mining tycoon Gali Janardhan Reddy's daughter in Bengaluru, the Income Tax department has served him a three-page notice with 15 questions that he must answer by Friday.

A two-page questionnaire handed to Mr Reddy at his Bellary home asks for details of how the former minister spent on a wedding card fitted with LCD screens, jewellery, clothes, entertainment and food for the lavish event.

The tax department also carried out surveys in Bengaluru and Hyderabad of those who had provided various services for the wedding.

Last Wednesday, around 50,000 guests attended the outrageously expensive event organized at a time millions are struggling with a currency ban that has severely limited their cash. 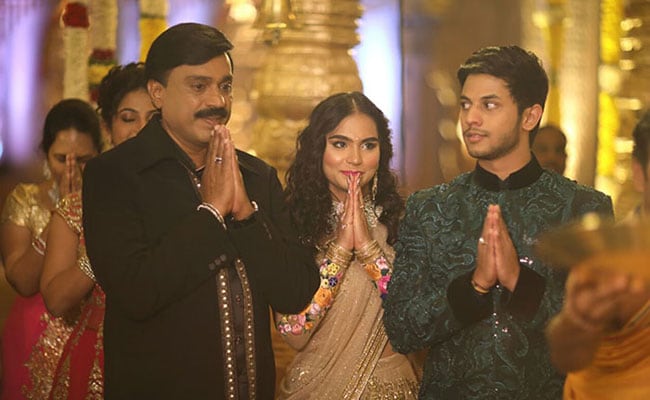 Some tax officials discretely visited the wedding and various other venues where parties were held, amid questions about crores spent on life-size replicas of monuments, mini-villages, motorized elephants and Brazilian dancers at the Bangalore Palace grounds.

Activists allege that 500 crores was spent by Mr Reddy but his relatives claim the total spending is closer to Rs. 30 crore and most of it was paid by cheque to event managers long before demonetization.

The CBI and other agencies are yet to track down the allegedly enormous wealth of Mr Reddy, 49, who is being investigated in several cases of illegal mining and spent three years in prison before being released on bail last year.

Promoted
Listen to the latest songs, only on JioSaavn.com
As part of his bail condition, he can spend only a limited time in his hometown Bellary and has to ask for the court's permission for every visit.

The wedding has been repeatedly raised by the opposition, which has aggressively taken up the notes ban in parliament.