2.5 Lakh Jobs Will Be Created In IT Sector In Coming Months: Union Minister

About 2.5 lakh new jobs will be created in the IT sector in the coming months, said Mr. Mahendra Nath Pandey, the Union Minister of Skill Development. 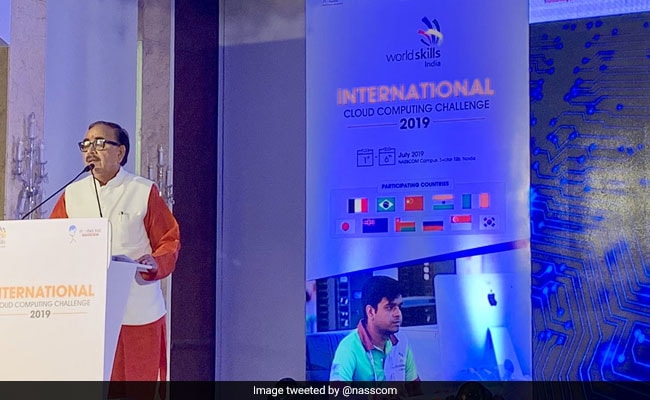 2.5 Lakh Jobs Will Be Created In IT Sector In Coming Months: Union Minister

About 2.5 lakh new jobs will be created in the IT sector in the coming months, said Mr. Mahendra Nath Pandey, the Union Minister of Skill Development and Entrepreneurship, while addressing the "World Skills India" - International Cloud Computing Challenge, 2019.

The challenge is being organized under the aegis of NASSCOM with participants from Japan, China, Brazil, South Korea, Russia, Singapore, Belgium and Ireland vying for top spot in the cloud computing competition.

In his address Mr. Pandey said that rapid advances made in the digital technology in India can take this sector to the tune of 7.2 billion dollars from 2.5 billion in 2018, as a very healthy completion is on in 52 different fields of skill development and training including Cloud Computing, IOT, Big Data, Machine Learning, Blockchain etc.

He also expressed hope that in coming years, India will stand shoulder to shoulder with the most advanced countries in the IT sector and called upon the Indian youth to lead the fourth industrial revolution through modern knowledge and skill.

Mr. Pandey said that 62.5 percent of the population aged between 15 and 59 is in need of proper guidance, motivation and training to become one of the most advanced work forces to fulfill the vision of Digital India.

Mr. Keshav Murugesh, Chairman NASSCOM, in his special address asked the government to pass the Data Protection Bill soon. He said that the World Skills India, being held in India for the first time, is an opportunity to identify the global talent and will become a platform for networking and making new friends. He said, in coming 3 to 4 years, 2 million people would be trained in digital technology from the current 0.6 million people.