Rajasthan slashed penalties for 36 traffic offences to a tenth of what was suggested in Motor Vehicles (Amendment) Act passed in the September last year. 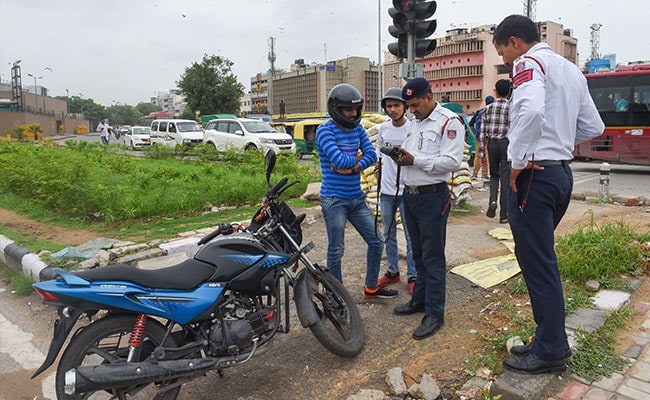 Rajasthan has finally implemented the new Motor Vehicles (Amendment) Act ten months after the Central government moved it, but slashed penalties to a tenth of what was suggested in September last year, effectively declawing the road safety law.

For example, the Central government had suggested a Rs 10,000 fine for jumping a traffic signal, not wearing seat belts or a helmet and for talking on the phone while driving - a major cause of accidents. But the state government has fixed a Rs 1,000-penalty for all these offences.

Though the fine for drunk driving has been fixed at Rs 10,000, against the existing Rs 1,000, the clause for 6-month imprisonment has been removed.

Similarly, the fine for first instance of reckless driving is Rs 1,000, and will go up to Rs 10,000 only for the second offence.

Last year, the 30-year-old motor vehicle law was revised with an aim to weed out corruption, improve road safety and promote the use of more technology to regulate traffic. Union Road Transport and Highways Minister Nitin Gadkari had said "the Bill was not mandatory for states to join", but appealed to all the states to adopt similar policies.

While some states welcomed the changes, many diluted its provisions after public outcry and accusations of people using the new rules to allegedly harass people. Rajasthan was one of the states that had suspended its adoption.

On Thursday, the state transport department finally gave the go-ahead to adopt the new motor vehicles law thereby increasing fines for a total of 36 traffic offences.

At a road safety programme today, Chief Minister Ashok Gehlot said his government was committed to reducing fatalities in road accident by 50 per cent. "The state government will create an action plan to bring down the number of lives lost in road accident each year from 10,000," the Congress leader said.