This Indian-Origin Man Sued Mark Zuckerberg For "Stealing" His Idea, Got Millions In Settlement

Divya Narendra was the first person to think of a social network to connect fellow Harvard students, an idea that he says was "stolen" by Mark Zuckerberg to create Facebook. 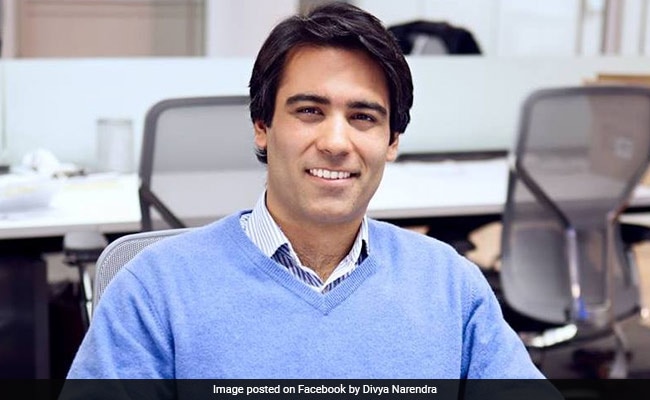 New Delhi: "You stole our idea" - the words echoed at a distance but caught his attention as he was busy drawing doodles on a note pad. He was physically there, but seemed pensive, elsewhere. His thoughts were back at his makeshift office at Harvard, where a tiny team working out of his dorm room in Kirkland House was busy writing endless pages of code. A code that set up a company worth tens of billions of dollars today - one that keeps us all hooked on to our phones - Facebook.

Mark Zuckerberg glanced up to see Divya Narendra looking him in the eye, sitting two chairs to his right on the other side of the table. He suddenly found everyone staring at him, waiting for a response perhaps. There was a deafening silence in the conference room. Mark Zuckerberg was being sued for "stealing" the very idea of Facebook.

The people who were suing him were his seniors from Harvard - Divya Narendra, Cameron Winklevoss and his brother Tyler Winklevoss.

In December 2002, more than a year before Facebook came into existence, Divya Narendra had thought of a "social network to connect fellow Harvard students." He discussed this idea with his friends Cameron and Tyler, who saw potential in it and came on board immediately. They decided to call it Harvard Connection (now ConnectU).

Divya Narendra then approached his friend and Harvard senior Sanjay Mavinkurve, who became the first person to write a program for the social network. But Sanjay soon graduated, got a job with Google and couldn't complete the project. Weeks went by. Divya Narendra and the Winklevoss brothers approached another friend Victor Gao, who in turn suggested going to a young lad named Mark Zuckerberg, who had recently finished first year. Mr Gao had done some of the coding himself.

In November 2003, when Mark Zuckerberg heard about the social network, he immediately said yes. By this time a large amount of coding had already been done, like front-end pages, the registration system, a database, back-end coding, and a way users could connect with each other, which was termed "the handshake". Things seemed to be back on track for Divya Narendra and his friends.

Mark Zuckerberg was then given private server locations and the password for the unfinished HarvardConnection website and code. Mr Zuckerberg allegedly even chose to be compensated in the form of sweat equity, instead of a payment for the service.

In the days and weeks to come however, Mark Zuckerberg reportedly started avoiding calls and emails for further meetings about the project. He sent multiple text messages and emails to Divya Narendra putting things off for later. He kept saying he was "too busy" or was "swamped with work". After a few weeks, Divya Narendra along with Cameron and Tyler Winklevoss went over to his dorm room to meet and check if things were okay. They claimed they saw a big white board in his room with "multiple lines of code under the heading Harvard Connection".

On January 8, 2004, Mr Zuckerberg emailed Divya Narendra to say he was "completely swamped with work that week" but had "made some key changes which seemed to be working great" on his computer. He told Mr Narendra he could discuss the site starting the following Tuesday - January 13, 2004.

On January 11, 2004, Mark Zuckerberg registered the domain name thefacebook.com, which eventually became Facebook. On February 4, less than a month after that, he launched the website - which, like Harvard Connection, would require a harvard.edu email address to be able to register.

Divya Narendra first found out about thefacebook on February 6, after there was a buzz around campus of "a new social networking website to connect fellow Harvard students".

After an unsuccessful meeting with the dean of Harvard University, Divya Narendra and the Winklevoss brothers finally sued Mark Zuckerberg for "stealing their idea". The lawsuit, which accused Mark Zuckerberg of "intellectual property theft", said he "illegally used source code intended for the website he was hired to create."

The case went on for four long years, during which Facebook expanded aggressively, and established presence not just in universities across America, but across six continents.

Promoted
Listen to the latest songs, only on JioSaavn.com
Mark Zuckerberg, who said he hadn't used a single code meant for Harvard Connection in Facebook, finally had to agree to an out of court settlement. He paid Divya Narendra and the Winklevoss brothers $65 million. Divya Narendra was also made part owner of Facebook with a small percentage of the companies shares as part of the settlement.

Divya Narendra now runs his own venture called  SumZero along with Harvard classmate Aalap Mahadevia. SumZero, he says, has been inspired by the need for a simple, centralised, and searchable platform in which professional investors working at hedge funds, mutual funds, and private equity funds could share rigorous investment ideas and network with one another.