Singapore's Indian-Origin Opposition Leader To Donate Part Of His Salary

Pritam Singh, 43, was designated Leader of the Opposition for the first time in Singapore's parliamentary history on Tuesday after the Indian-origin politician led the Workers' Party as its Secretary-General to a record 10-seat win in the July 10 general elections. 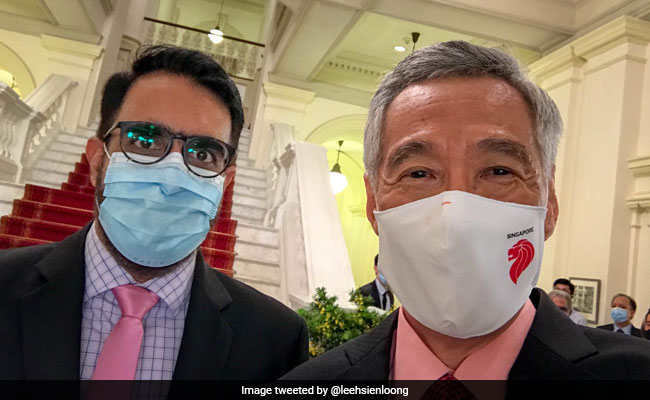 Pritam Singh, Singapore's first designated Leader of the Opposition, will allocate half of his allowances to help low-income residents in his constituencies, a media report said today.

Mr Singh, 43, was designated Leader of the Opposition for the first time in Singapore's parliamentary history on Tuesday after the Indian-origin politician led the Workers' Party as its Secretary-General to a record 10-seat win in the July 10 general elections.

He would be accorded additional privileges and receive double the allowance of an elected Member of Parliament, the parliamentary authorities announced.

In a Facebook post on Tuesday, Mr Singh said he had discussed the additional remuneration with his wife Lovleen Kaur Walia and its implications.

"Both of us felt strongly that a percentage of the salary should be used for a greater purpose," the Channel News Asia quoted Singh as saying in the Facebook post today.

Mr Singh said he would allocate "50 per cent of the salary after taxes" to assist low-income residents in Hougang Single Member Constituency and the two Group Representation Constituencies (GRC) of Aljunied and Sengkang, from where voters gave Workers' Party a 10-seat win.

The elections for 93 seats were dominated by the ruling People's Action Party of Prime Minister Lee Hsien Loong.

The PAP won 83 seats in the general elections and his government was sworn in on Monday.

Mr Singh would also spend part of his 50 per cent allowances on various needs of his Workers' Party and other causes.

"It is an honour for me to serve as an elected MP in Singapore. Equally, it is a privilege to be appointed as the Leader of the Opposition," said Mr Singh.

"My Workers' Party colleagues and I are lucky to have the opportunity to serve Singapore," he said.

Mr Singh, a lawyer, said the appointment of Leader of the Opposition would also require more investment of his time and longer hours away from his family.

"The Leader of the Opposition appointment carries with it many additional responsibilities that I will have to shoulder."

"The road ahead will not be easy, but I thank Singaporeans for their support and encouragement," he said.

Mr Singh has been a member of parliament for Aljunied GRC since May 7, 2011.

Singapore's 14th Parliament will have its first sitting on August 24.