Atul Gawande practices general and endocrine surgery at Brigham and Women's Hospital and is Professor at the Harvard TH Chan School of Public Health and Harvard Medical School. 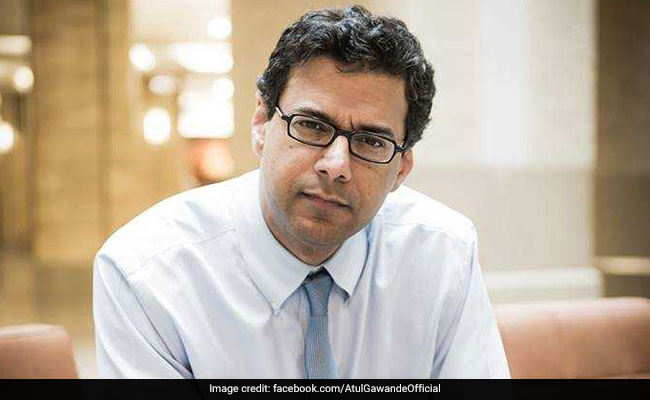 Mr Gawande, 52, will take over as the Chief Executive Officer of the company from July 9. The new company will be headquartered in Boston and will operate as an independent entity that is free from profit-making incentives and constraints.

Mr Gawande said he was "thrilled" to be named the CEO of the health care initiative.

"I have devoted my public health career to building scalable solutions for better health care delivery that are saving lives, reducing suffering and eliminating wasteful spending both in the US and across the world," he said.

"Now I have the backing of these remarkable organisations to pursue this mission with even greater impact for more than a million people, and in doing so incubate better models of care for all. This work will take time but must be done. The system is broken, and better is possible," he said.

Mr Gawande practices general and endocrine surgery at Brigham and Women's Hospital and is Professor at the Harvard TH Chan School of Public Health and Harvard Medical School.

He is founding executive director of the health systems innovation center, Ariadne Labs and is also is a staff writer for The New Yorker magazine.

Mr Gawande has written four New York Times bestsellers: Complications, Better, The Checklist Manifesto, and Being Mortal and has received numerous awards for his contributions to science and health care.

Berkshire Hathaway Chairman and CEO Warren Buffett said talent and dedication were manifest among many professionals the trio interviewed.

"All felt that better care can be delivered and that rising costs can be checked. Jamie, Jeff and I are confident that we have found in Atul the leader who will get this important job done," he said.

Chairman and CEO of JPMorgan Chase Jamie Dimon said in a statement that as employers and as leaders, addressing health care was one of the most important things that can be done for employees and their families, as well as for the communities.

"Together, we have the talent and resources to make things better, and it is our responsibility to do so. We're so grateful for the countless statements of support and offers to help and participate, and we're so fortunate to have attracted such an extraordinary leader and innovator as Atul," he said.

"We said at the outset that the degree of difficulty is high and success is going to require an expert's knowledge, a beginner's mind, and a long-term orientation," said Jeff Bezos, founder and CEO of Amazon.

Promoted
Listen to the latest songs, only on JioSaavn.com
"Atul embodies all three, and we're starting strong as we move forward in this challenging and worthwhile endeavour," he said.