Year After His Death, Indian-Origin Cop's Legacy Lives On In US

Mr Singh, 33, of the Newman Police Department was shot and killed by an unidentified gunman during a traffic stop in Newman city on December 26 last year. 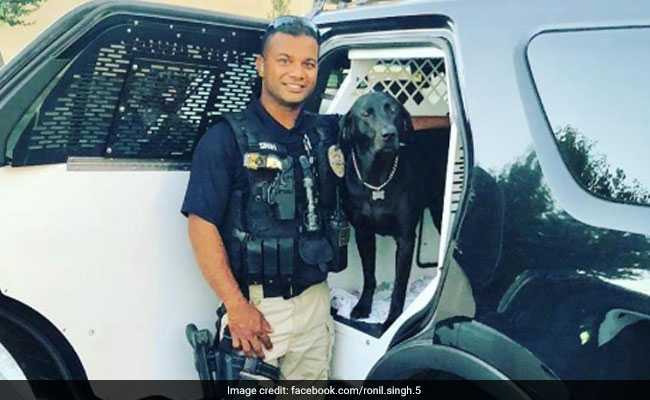 Ronil Singh, 33, was killed during a traffic stop in Newman city.

Corporal Ronil Singh may have been killed while conducting a traffic stop in California about a year go, but his colossal legacy lives on as the family, friends and community members of the Indian-origin police officer gear up to commemorate and celebrate his life by organising a slew of events on Thursday.

Mr Singh, 33, of the Newman Police Department was shot and killed by an unidentified gunman during a traffic stop in Newman city on December 26 last year.

Blue ribbons and bows fastened to trees, posts and fences, and blue flags hanging in the windows, or fluttering outside businesses and offices are some of the reminders of Mr Singh that can be seen in this city of more than 11,000 people in southern Stanislaus County.

The Newman Police Department has deeply felt Mr Singh's loss, the department's clerk Elaine Collison said, adding that Mr Singh was one of the very best, both personally and professionally.

"After he passed away, I realised everybody felt the same way. It wasn't just me," she was quoted as saying by the California-based newspaper The Modesto Bee on Tuesday.

Mr Singh's death "makes you think of thanking them (community) more often. They're in harm's way at any given time," said Randy Fillpot, superintendent of the Newman-Crows Landing Unified School District.

Officer Marcus Freeman, who was Mr Singh's first field trainee, said all the hiring in the world will not ever really replace his mentor.

Mr Freeman said he was mentally preparing himself for the candlelight vigil to be held on Thursday.

The vigil will begin at the downtown plaza across from the West Side Theatre.

"There's going to be a lot of emotions from us (NPD personnel) and our minds are going to be about the family and, of course, missing Ron. When we get out to Merced and Eucalyptus, it's just going to bring back everything from that night. I mean, it's still clear as day in my head," he said.

On the south side of Merced Street at Eucalyptus is a memorial of flowers, blue-line flags of different sizes and a cross made from plastic pipes. Across the street, residents Rodolfo and Julia Haro have added blue accents to the wall in front of their home.

The couple got to know Mr Singh when the officer helped Julia's husband after a traffic collision.

Painting the wall is their lasting way of honouring Mr Singh and thanking the police for the help and protection they provide the community, she said.

A flagpole has gone up that on Thursday will be dedicated to Mr Singh, Mr Freeman said.

One of the blue flags also flies outside the home that Mr Singh shared with his wife, Ms Anamika and their son Arnav, who was just 5 months old when his father was killed, the report said.