Ms Indranee Elizabeth Nadisen,77, was yesterday awarded with a trophy and a check of 10,000 Singapore Dollars which she donated to the Ramakrishna Mission and the Sree Narayana Mission here. 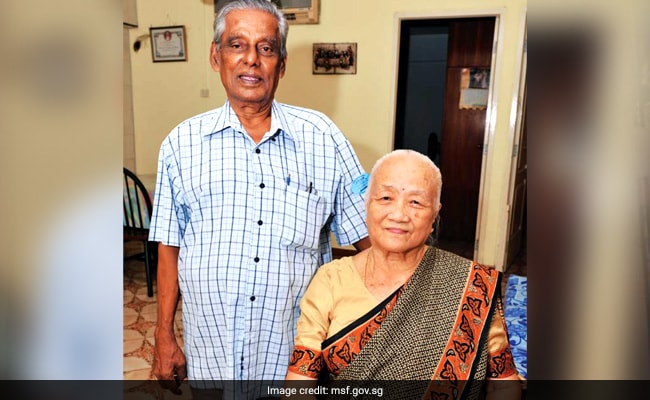 Singapore: A Chinese woman, raised by an Indian family, has been conferred with the 'Champion of Community' award for fostering 43 children in Singapore over a period of 35 years.

Ms Indranee Elizabeth Nadisen,77, was yesterday awarded with a trophy and a check of 10,000 Singapore Dollars which she donated to the Ramakrishna Mission and the Sree Narayana Mission here.

Married to a Singaporean-Indian, Mr Ambrose Anthony Dorai, and a mother of her six, Ms Indranee has fostered 43 babies, some abandoned and abused, till about two, two-and-half years of of age before giving them for adoption.

"It used to break my heart when they left. The child also wouldn't want to leave. They would cling to me," Ms Indranee, who was adopted as a child by the Indian couple, told The Straits Times.

"My children were so good and they helped me in my chores. They loved the babies and treated them like their own brothers and sisters," she said.

In a Facebook post in April, Prime Minister Lee Hsien Loong acknowledged her 35 years of humanitarian work for abandoned babies.

"Madam Nadisen has cared for many abandoned, abused or neglected children, treating each one as her own," the post said.

Her work has been recognised with a series of awards since 2001.

The latest being the Community Champion award given by 'tabla!', a social-lifestyle weekly catering to the Indian community here.

"Indranee serves as an inspiration to us all. In the path set by St Teresa of Kolkata, she gathered God's children under her and lavished love and care on them," said K. Kesavapany, president of Singapore Indian Association and winner of the same Community Champion award last year.

Promoted
Listen to the latest songs, only on JioSaavn.com
"She has always been a selfless person. Teaching us that love must go beyond family and friends, that love must be for all," said Ms Indranee's son, Richards Ambrose, a priest at a church here.

"If you want to become a foster parent, you must be very patient and must love children, if the child is naughty and you shout at him, then the child will become even more angry and aggressive. So you must be calm and talk to them in a nice way," she said.
Comments
Champion of Community award SingaporeIndranee Elizabeth NadisenFoster Care