Mathan Shunmugaraja had taken his former employer, Royal Mail, to the tribunal over unfair dismissal and allegations that despite being a Hindu he was mistaken for a Muslim and was called a "sly dog" by a former colleague. 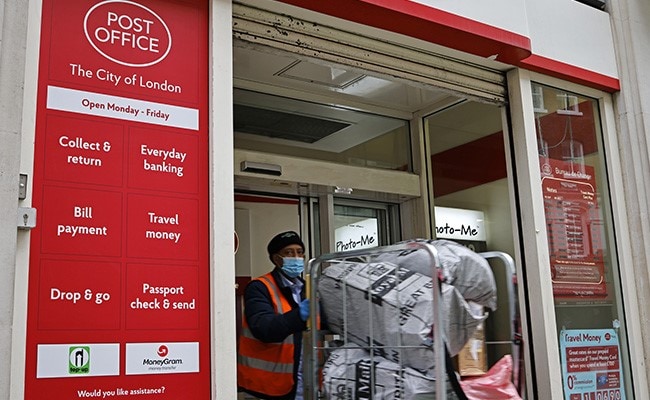 A British Indian postal worker has been awarded nearly 230,000 pounds as compensation and loss of earnings after an employment tribunal in the UK accepted his claim of harassment and discrimination on the grounds of race and religion.

Mathan Shunmugaraja had taken his former employer, Royal Mail, to the tribunal over unfair dismissal and allegations that despite being a Hindu he was mistaken for a Muslim and was called a "sly dog" by a former colleague.

He gave evidence that he experiences ongoing distress and shame, both in the UK and in India, at being homeless, unemployed, credit blacklisted and unable to participate in community activities.

"The Tribunal find it was reasonable for the Claimant (Shunmugaraja) to be so offended, given that the term [dog] is regarded as being highly offensive in many cultures," the Employment Tribunal at Cardiff in Wales concluded this week.

The employee who was accused of calling him a "sly dog" said he had sought to apologise, which Shunmugaraja refused to accept. The tribunal accepted it was "unwanted conduct" and an insult in many cultures and could have "connotations of race".

As someone in charge of holding Work Time Listening and Learning (WTLL) sessions at work, the 38-year-old postal worker would use a multipurpose "quiet room", also used for prayer by Muslim staff.

"The Tribunal was satisfied that in the heat of the moment and in those words he was blurring together the claimant's religion and the claimant's friend (who is a Muslim)'s religion," it notes.

Mr Shunmugaraja began working for Royal Mail in Cardiff in August 2007 and by 2017 was earning 2,000 pounds a year as a manager until he was dismissed in 2018.

"He had worked for the Respondent [Royal Mail] for over 10 years and was doing a job that he loved and intended to do until his retirement. From the first act of discrimination, this happiness was gradually eroded and replaced by feelings of anxiety and distress. The Claimant has experienced anguish, anxiety and depression which have impacted on his ability to sleep, eat and socialise," the ruling notes.

Royal Mail was ordered to pay 229,161.86 pounds, which includes compensation for lost and future earnings and for injury to feelings.

The Tribunal, however, said it is confident that by working with the Communication Workers Union (CWU) Royal Mail can make changes to its existing policies and roll out refresher training to ensure policies are robust, effective and applied appropriately to avoid any similar cases in future.

"Royal Mail is disappointed by this decision. We are now carefully reviewing the findings. Royal Mail takes its equality and diversity obligations very seriously and is committed to a workplace free of discrimination and harassment, where our colleagues feel respected and able to thrive," a Royal Mail spokesperson said.