Aftab Karma Singh Pureval, an American of Indian-Tibetan descent said his grandparents and his mother made their way through the Himalayas to Nepal and entered India where she grew up as a refugee 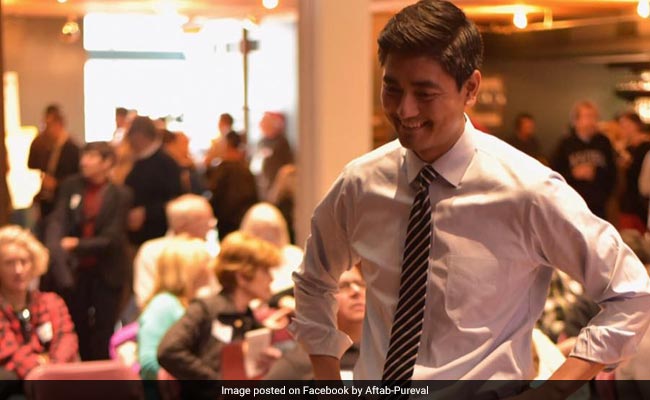 Aftab Pureval, an American of Indian-Tibetan descent, has won a Democratic party primary

Washington: Aftab Karma Singh Pureval, an American of Indian-Tibetan descent, has won the Democratic primary for the first congressional district of Ohio, but faces a Himalayan task of defeating a 11-time Republican Congressman. But the 35-year-old, who was the first Democrat to get elected as the Hamilton County Clerk of Courts in more than 100 years, says climbing the Himalayas is in his DNA. Congressman Steve Chabot has represented the seat since 1995 from the Republican bastion.  "I am the first Tibetan-American to run for the Congress, Mr Pureval told news agency PTI in an interview.

"My story is improbably American. I am the son of a refugee. My mother was born in Tibet and she was forced to flee her home country along with my grandparents," he said.

He said, his grandparents and his mother made their way through the Himalayas to Nepal and entered India where she grew up as a refugee.

His mother studied in a school in Mysore and later went to Delhi for college education, where she met his Punjabi father. "My (paternal) grandfather was in the Indian Army (Brig. Ajit Singh)," he said, adding that after marriage, his parents moved to the US and settled in Ohio, where he was born in 1982.

Mr Pureval said it came as a surprise to him after he won unopposed the primary last week, when he was told that he is the first Tibetan American to run for the Congress.

Because of his parental heritage, he says he is a proud Tibetan-American and Indian-American.

"They (Tibetan community) are very excited. I am connected with a lot of the community in all parts of the country through social media. They are thrilled to see me run, a Tibetan-American run for the US Congress. It is driving a lot of energy and they have been incredibly supporting of my efforts," Mr Pureval said.

Responding to a question about his priorities, Mr Pureval, a lawyer by profession, said "first and foremost" is to advance the cause of the people of Ohio's First Congressional District, focusing on healthcare, taxes, creating jobs, making college more affordable. "I will absolutely play a role in being the first Tibetan-American to try and be an advocate for the cause," he said.

Recollecting his visit to Tibet's capital Lhasa in 1994 as a 13-year-old, Mr Pureval said Tibet obviously is a sad story. "For Tibetan people, it is hard to maintain their culture. I hope that this (him running for Congress) gives the Tibetan community the hope that the future is bright."

Promoted
Listen to the latest songs, only on JioSaavn.com
Considered to be a rising star in the Democratic Party, Pureval said he wants to inspire the next generation to believe in public service.

He said that one generation, my parents and my family, went from being refugees to now running for the US Congress. "That dream is at stake in this election," Pureval said.