$600,000 Raised For Indian-American Girl Struck By Car In Hate Crime

As of Monday evening, the GoFundMe page, created to help seventh grader Dhriti Narayan's family cover the medical costs, had raised more than $600,000. 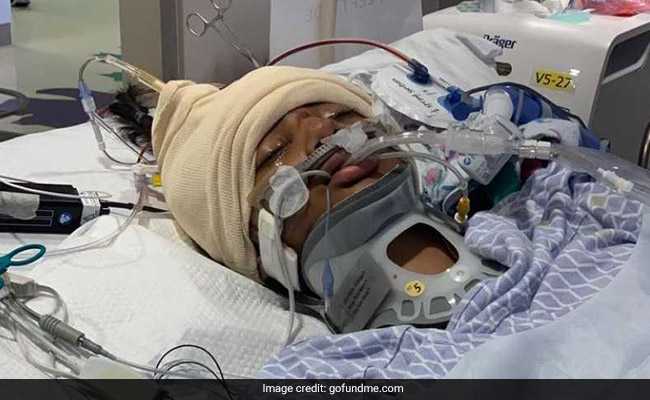 More than $600,000 has been raised for the treatment of a 13-year-old Indian-American hate crime victim who remains in coma after being struck down intentionally in April by a motorist who thought she was a Muslim.

As of Monday evening, the GoFundMe page, created to help seventh grader Dhriti Narayan's family cover the medical costs, had raised more than $600,000. The target was $500,000, reports the American Bazaar online news portal.

On April 23, Dhriti and other members of her family were crossing a road in Sunnyvale, California. Suddenly a motorist struck them down intentionally.

The family was targeted because the motorist, Isaiah Peoples, thought they were Muslim.

Seven others, including Dhriti's father Rajesh Narayan and her nine-year-old brother Prakhar were injured in the incident.

Since the fundraising appeal went live on GoFundMe seven days ago, more than 12,360 people donated money.

The fundraiser on the site reads: "While our hearts and prayer go to Dhriti for her speedy recovery but a huge medical bill and potential rehab costs are expected for her recovery.

"We, friends of Dhriti's family, who were touched by her and her family's caring and helpful nature, are actively working with family members and other friends along with appropriate organisations and organising this fund-raising campaign to support the family at this difficult time."

Peoples was arraigned in Santa Clara County Superior Court in San Jose on May 3. He was charged on eight counts of attempted murder. His next hearing will be on May 16.