Zohra Sehgal was one of the first Indian actors to be recognized internationally. She was considered one the finest character artistes on celluloid and an extremely popular theatre person. 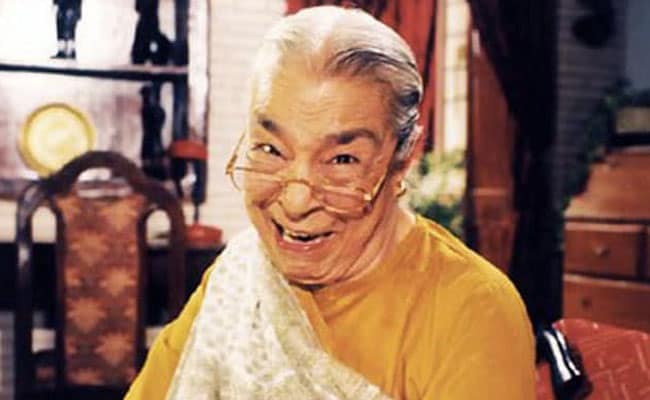 Zohra Sehgal: The icon who made India proud is being remembered today

Zohra Sehgal's stage and film career spanning seven decades is being celebrated on a day Chetan Anand's Neecha Nagar, a film in which she played a key role was released at the Cannes Film Festival in 1946. Neecha Nagar grabbed the prestigious 'Palme d'Or' at Cannes for best film. Zohra Sehgal not only acted in the film she was also the choreographer. Zohra Sehgal, is being remembered by Google in a Doodle today. The actor who was never dampened by age was Bollywood's best known dadi. She was much loved for her role as grandmother in blockbusters like Kabhi Khushi Kabhi Gham, Hum Dil De Chuke Sanam among others.

Zohra Sehgal made any movie she was in instantly adorable. She worked with Bollywood's biggest stars including Amitabh Bachchan, Shah Rukh Khan, Aishwarya Rai, Salman Khan and Ranbir Kapoor.

Zohra Sehgal was one of the first Indian actors to be recognized internationally. Not only was she considered one the finest character artistes on celluloid, she was an extremely popular theatre person too.

Zohra Sehgal was with Indian People's Theatre Association (IPTA) and Prithviraj Kapoor's Prithvi Theatre for around 14 years. She won numerous awards. National Academy for Music, Dance and Drama awarded her with the Sangeet Natak Akademi Fellowship for lifetime achievement. She won the Padma Shri in 1998, the Kalidas Samman in 2001 and Padma Vibhushan in 2010.

Born on 27 April 1912 in Uttar Pradesh's Rampur, Zohra Sehgal was the third among seven siblings. In various interviews, she had often described herself as a tomboy, who loved outdoor games. Zohra Sehgal and her sisters studied at Queen Mary College in Lahore. Later she enrolled in Mary Wigman's ballet school in Germany and was the the first Indian to study at the prestigious institution.

A turning point in her life was when she met Uday Shankar at a ballet performance. Zohra Sehgal joined Uday Shanker's troupe in 1935. She travelled across the world with the troupe for many years. She also taught at Uday Shankar India Cultural Centre at Almora for several years.

Zohra Sehgal had an illustrious international career after moving to London on a drama scholarship in 1962. She was popular in many TV shows including 'The Jewel in the Crown', 'Tandoori Nights', 'My Beautiful Laundrette' and 'The Raj Quartet.'

Some of her best known films are 'The Mistress Of Spices', 'Bend It Like Beckham' among others. Britain-based Indian filmmaker Gurinder Chadha remembers Zohra Sehgal as an artist who "loved shocking you with her unorthodox approach to her life and art".