YSR Congress chief Jaganmohan Reddy with J Sriniwas Rao, who stabbed him in the arm

Andhra Pradesh politician Jaganmohan Reddy suffered minor injuries on Thursday after being stabbed at the Vishakhapatnam airport by an employee. The attacker, J Sriniwas Rao, 30, claimed to be his big fan. The 45-year-old YSR Congress leader was seen with blood on his left shoulder after being stabbed with a sharp object -- a small blade apparently used in traditional bird fights.

"Such cowardice acts will not dissuade me but only strengthen my resolve to work for the people of my state," Jagan Reddy, the leader of opposition in Andhra, tweeted.

The attacker allegedly entered the VIP lounge to serve coffee and approached Mr Reddy, who was sitting with his supporters, claiming he wanted a selfie with him. When the politician obliged, Sriniwas allegedly pretended to take a picture and then struck him with the knife.

"He seems to have done it for publicity. We have found a 9-10 page letter from his pocket which we are studying to establish a motive," said police officer RP Thakur. 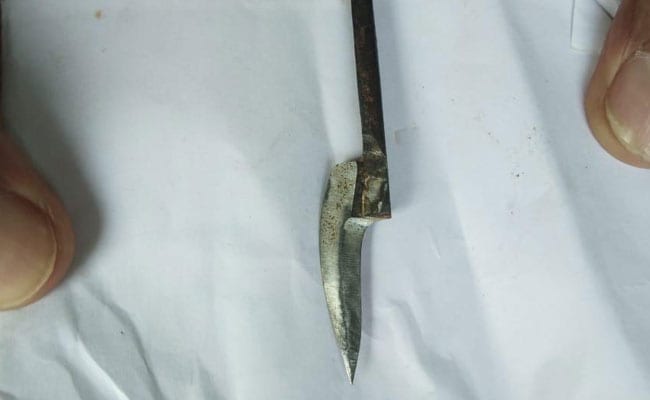 The wound is not life-threatening but the incident exposed lapses in security at the airport, where each person is screened with metal detectors.

The YSR Congress chief was waiting for his flight to Hyderabad for a weekly court appearance in an illegal wealth case when he was attacked. He did take the flight, and was received at Hyderabad by supporters who came with an ambulance.

Aviation Minister Suresh Prabhu said he was shocked and had asked for a thorough investigation.

The CISF denied any lapse as the incident took place before security check. "Sriniwas worked as a waiter in a restaurant in the lounge and so he had a valid pass," said an officer.

A YSR Congress leader alleged a "conspiracy", alleging that the airport canteen is managed by a lawmaker of the ruling Telugu Desam Party (TDP), Harsha Vardhan.

Jagan Reddy was on a "padayatra" or foot march in neighbouring Vizianagaram district as part of his 2019 polls campaign and had come to Vizag to catch the flight.